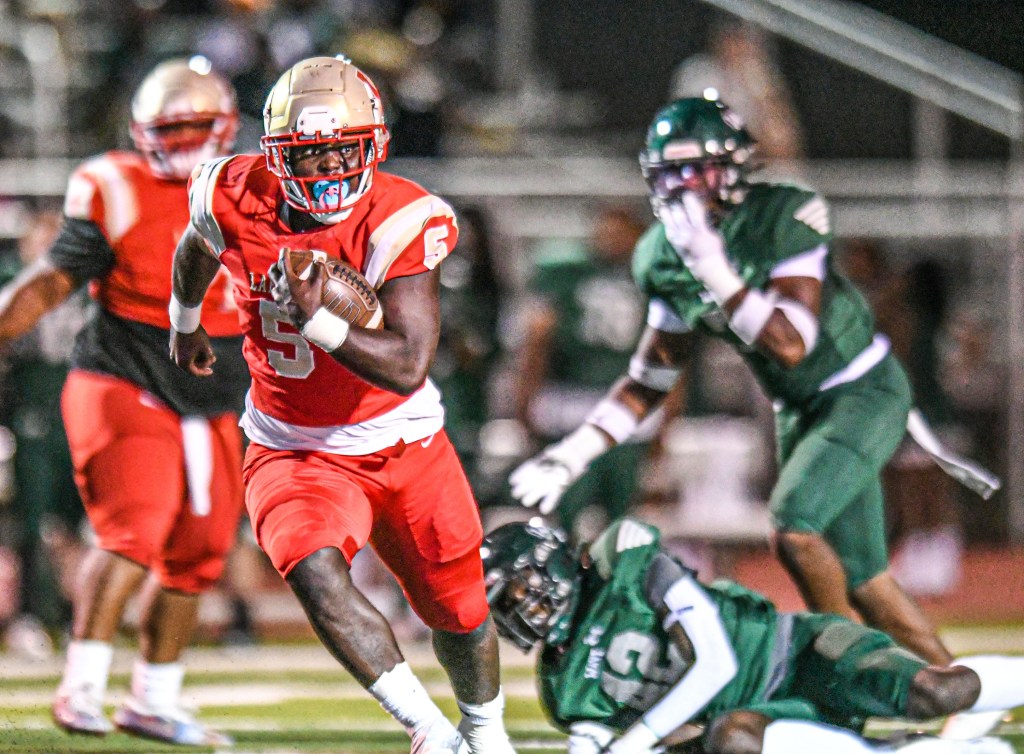 Lafayette football will attempt to right the ship on Friday as they travel to Saltillo following a 53-35 loss to West Point in their first region game of the season.

The Commodores (1-4, 0-1 Region 1-5A) struggled to defend the Green Wave’s physical running game in the defeat—surrendering long chunk-plays that made it difficult for their defense to settle in.

“You know a lot of these guys haven’t played against them,” said head coach Michael Fair. “It’s hard to simulate it in practice and it’s hard to tell them what to expect. Until a team gets into two tight ends and three fullbacks and comes right at you it’s hard to know what to expect.”

Lafayette will try to get back on track this week against a Saltillo team that has struggled to find an identity early in the season.

The Tigers (2-3, 1-0 Region 1-5A) were blown out by Corinth and Tupelo in their first two games of the season before escaping with a 30-27 win over Nettleton at home for their first victory of the season on Sept. 8.

After a loss to Pontotoc in week four, they rebounded with a narrow win over Cleveland Central in their first region game of the season.

“They started a new quarterback last week and he’s fairly athletic, spreads the ball around well,” Fair said. “They have a wildcat package with a big linebacker they bring over—he’s a big, downhill-type guy. And then defensively, they play very hard, they’re sound and they got a couple linebackers that are really, really active so just being sound up front on both sides of the ball is gonna be huge this week.”

The Commodores, who are 5-0 against Saltillo under Fair, have outscored the Tigers 209-31 since moving into the same region in 2017.

Fair says his team is not taking their regional rival lightly however—saying they are not in a position to overlook any opponent.

“We’re not in a position to overlook anybody,” he said. “The only thing that matters right now in this locker room is us. Our goal today is to go out there and be the best team that we can be today—and the same thing tomorrow. We’ve got to fix us so that’s where our concentration and our efforts are going right now.”

Lafayette will kick off against the Tigers at 7:30 p.m. on Friday at Mitch Grissom Field in Saltillo. The game will be available on lafco.live and Q105.1 FM.