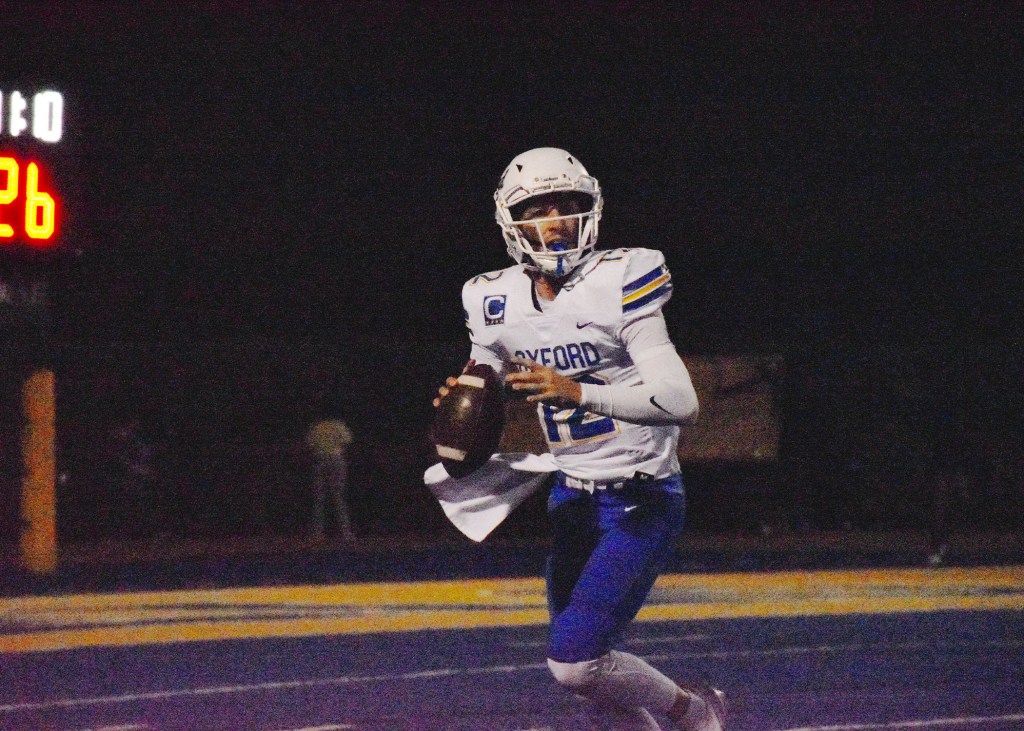 TUPELO, Miss. — Oxford football suffered their worst defeat of the season on Friday as they were blown out by Tupelo on a night where seemingly nothing could go right.

“A lot of credit goes to them. They did a great job and were ready to play,” said Oxford head coach Chris Cutcliffe. “I’ve got to do a better job getting our team ready to play—obviously they jumped on us early and we weren’t ever really able to recover.”

Tupelo cracked the scoreboard for the first time midway through the first quarter on a 12-yard touchdown pass from quarterback Jeremiah Harrell to receiver K.D. Gibson

The Chargers were unable to answer the offensive explosion at they were shut down by a defense that looked impenetrable all night.

“I thought we had a little bit of trouble protecting and we had some crucial drops that really stopped some drives from getting going,” Cutcliffe said. “Obviously we have a lot to get better at.”

The Golden Wave cruised to a victory in the second half after Witherspoon triggered the running clock 14 seconds after halftime when he ran the second half kickoff back 98 yards to extend Tupelo’s lead to 35-0.

Harrell finished with a career-high 324 yards and three touchdowns in the game as he carved up the Chargers’ secondary with long ball after long ball.

The loss marked the worst defeat for Oxford since losing 48-7 to Madison Central in the final game of the regular season last year, and the worst loss in a shutout since losing 41-0 to West Point in the second round of the Class 5A playoffs in 2016.

Cutcliffe said the key for his team is not to panic after the loss—stressing the importance of coming together as a group to overcome adversity.

“You don’t panic when something goes badly,” Cutcliffe said. “You face what needs to be faced and fix what needs to be fixed. What you want to see is a team that comes together during a tough time, so hopefully we respond the right way.”

The Chargers will try to rebound from the loss next week when they host Germantown in their first home region game of the season.