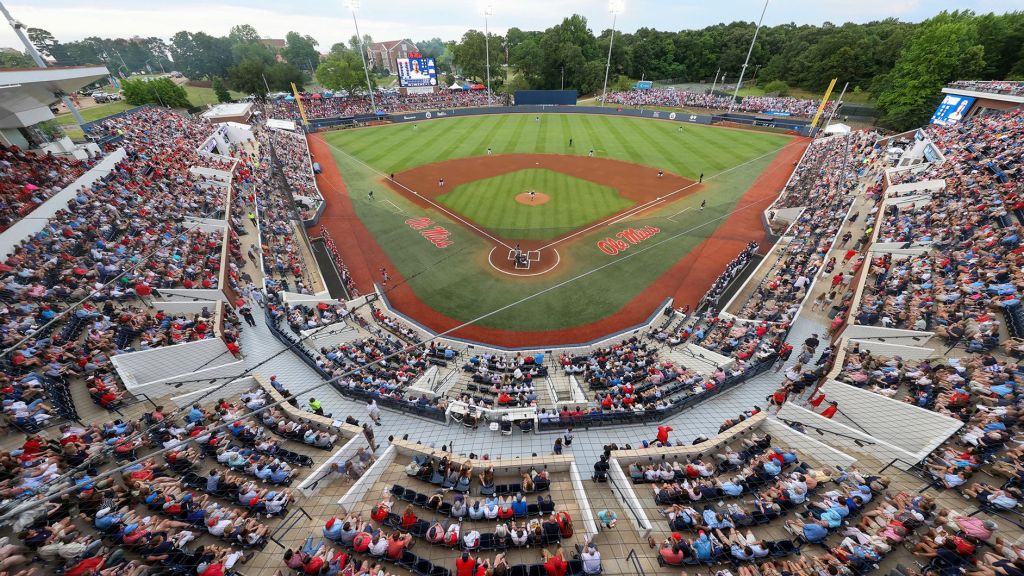 Ole Miss Baseball vs SEMO in the opening round of the NCAA Oxford Regional on June 4th, 2021 at Swayze Field in Oxford, MS. Photo by Joshua McCoy/Ole Miss Athletics Twitter and Instagram: @OleMissPix Buy Photos at RebelWallArt.com

The updated schedule replaces the previously announced schedule that was recalled due to an error in the scheduling process that resulted in two games appearing on the 2023 Conference slate that were not scheduled to take place until 2024. The new schedule did not affect any of Ole Miss’ previously announced non-conference games. For SEC dates, home and away weekends remained constant from the initial schedule, only opponents changed.

Ole Miss will travel to Minneapolis (Mar. 3-5) for the Cambria College Classic, hosted by the University of Minnesota. The game schedule and list of opponents for the tournament will be announced at a later date.

The conference slate opens up on the road at Vanderbilt (Mar. 17-18) before welcoming Florida to Oxford for the SEC home opener at Swayze Field (Mar. 24-26).

Ole Miss will then meet Southern Miss once again, this time in Pearl, Mississippi, at Trustmark Park for a midweek bout (Mar. 28) before picking back up SEC play on the road at Texas A&M (Mar. 31-Apr. 2).

After a midweek at Memphis (Apr. 4), Ole Miss returns to Swayze Field for a College World Series rematch against Arkansas (Apr. 6-8) for a Thursday-Saturday series on Easter weekend. Another SEC rivalry follows as the Rebels then travel to Starkville to take on Mississippi State (Apr. 14-16).

After a midweek at Arkansas State (Apr. 18), Mike Bianco’s club will return to Mississippi for the next two weeks to host LSU (Apr. 21-23) and Georgia (Apr. 28-30). In between, the Rebels will look to retain the Governor’s Cup when they meet MSU once again in Pearl (Apr. 25).

The final stretch of the SEC season will include two road series sandwiched around one final home set against Auburn (May 12-14). Prior to that, the Rebels travel to Missouri (May 5-7). They’ll close SEC play on the road at Alabama (May 18-20).

Start times and TV designations for SEC games will be announced at a later date.