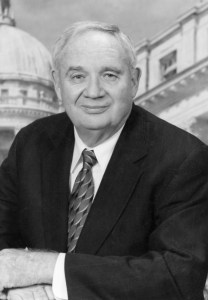 Noal was born in Tippah County, Mississippi to the late Noal and Opal Akins. His early years as the eldest of 10 children prepared him for a future of serving on teams throughout his life.

Noal was a graduate of Buena Vista High School, Northeast Community College, and Delta State University. He played basketball at each level and could be heard chuckling softly when reviewing the box scores of the state basketball tournament when he was assured his record for most points scored in the state championship game hadn’t been eclipsed. Noal later received his Master’s in Education from the University of Mississippi which propelled him into a career of giving of himself to others as a teacher and coach.

Continuing his service to the State of Mississippi, Noal served on another team in the Mississippi National Guard. His family can recount verbatim, the encounter of his encampment south of Oxford during the integration of Ole Miss.

Noal’s love for basketball thrust him to begin a career of coaching and education administration after college graduation. Noal coached teams at Walnut High School, Pontotoc High School, Marshall Academy, and Northwest and Northeast Community Colleges. Noal’s teams won numerous district and state championships, which he later claimed were attained despite his presence on the sideline. It was the relationships Noal shared with his former players, students, and their parents that provided him the greatest delight during his later years. He found increasing happiness in telling stories of the kids he loved so dearly and of what they had become.

After coaching Noal started a business team. Noal developed a successful business providing brick for numerous projects and homes in Mississippi. Any trip with Noal (much to the chagrin of his granddaughter) would include him pointing out any bricks he provided, the name and manufacturer of the bricks, where the dirt was from that made the bricks, and most importantly to Noal a story of the people who lived inside the walls. All drives would include how the area related to important points in Mississippi history, a topic he enjoyed discussing. Noal loved Mississippi and her people; warts and all!

After selling his brick company, Noal retired. In “retirement” he, with others, helped to found Oxford University Bank which he supported by serving on the board of directors for many years. Retirement also included joining another team as he campaigned and successfully won election to the Mississippi House of Representatives. Noal served two terms in the Mississippi legislature, representing Oxford and surrounding communities. Noal often spoke of the legislative process as being an ultimate “team sport”. He took great pride in finding common ground with colleagues and worked hard to gain the trust of men and women on both sides of the aisle. Noal loved the debate, collegiality, and the opportunity to work to help others. He prided himself on being a voice for reason and felt a responsibility to those in our state that needed a hand up because it was always “the right thing to do”.