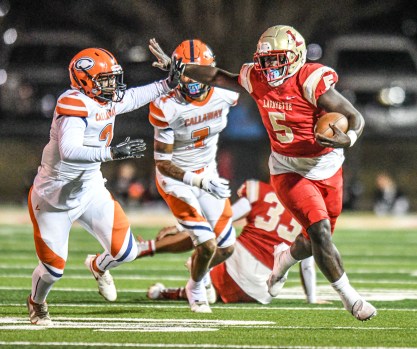 Lafayette running back Jay Reed ended his illustrious career with some hardware as he was named Region 1-5A Offensive Player of the Year this week after leading the Commodores to a 6-1 record in district play.

The Commodores opened the season with four losses in their first five contests before winning six straight district games to close the season.

They were upset by Callaway in the first round of the MHSAA Class 5A playoffs however as they struggled to find an offensive rhythm against the Chargers’ stout defensive line.

Reed rushed for 1,589 yards and 27 touchdowns this season to earn Player of the Year honors.