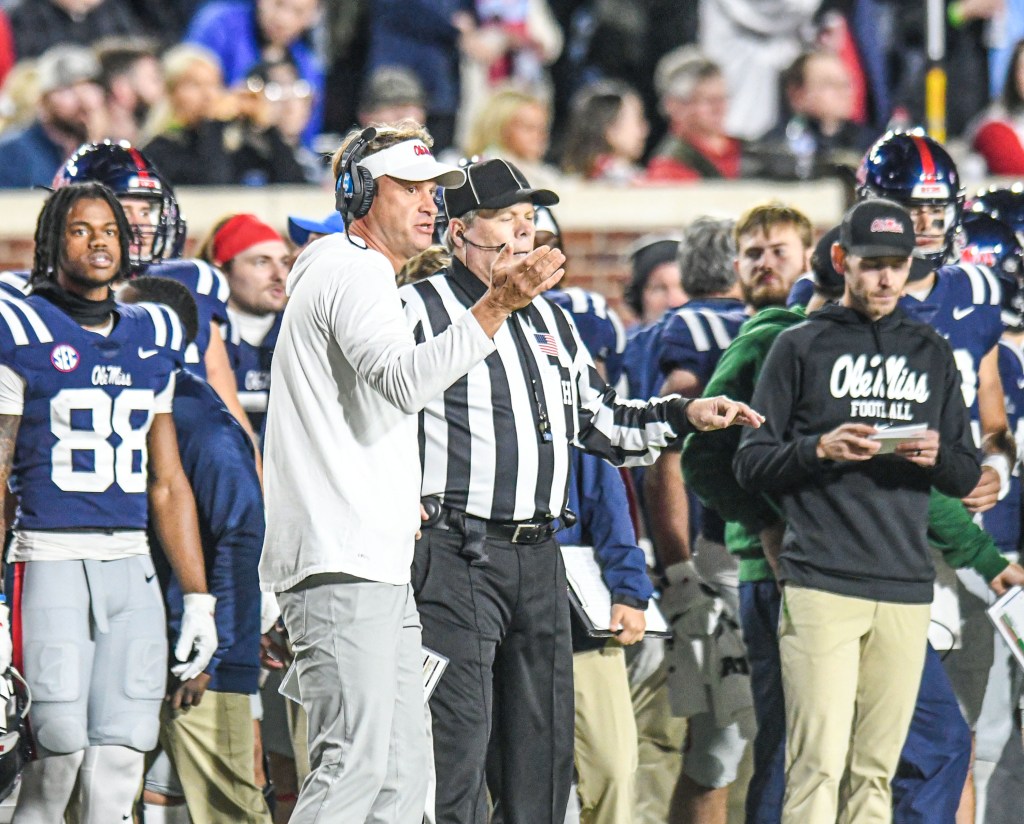 Ole Miss head coach Lane Kiffin did his best to put rumors of his potential move to Auburn to rest on Thursday as he reaffirmed his commitment to staying with the Rebels in Oxford.

Kiffin was asked if he plans to stay on as the head coach of the Rebels next season following their 24-22 loss to Mississippi State, and quickly confirmed that he plans on staying at Ole Miss for the foreseeable future.

The third-year head coach was linked to the Auburn job weeks ago, and Jon Sokoloff of WCBI News in Columbus reported this week that Kiffin planned on stepping down as head coach of the Rebels to accept the position once a formal offer was made.

Kiffin called the reports “fake news” on social media, and went on a lengthy tangent in his postgame press conference where he touched on outside distractions, journalistic integrity and “unnamed sources.”

“You can just write whatever you want — and I would do it too, I think, because you’re never held accountable and you can become famous,” he said. “Jon did it, so then I had to have a team meeting to say his article was wrong — which, I would love to know some of these unnamed sources. So yes, I had to have a team meeting because of that because they don’t, when there’s other stuff in the chat rooms and that stuff [it’s one thing] but when a reporter makes it it changes the game.”

Kiffin and the Rebels finished the regular season with an 8-4 record, and will now play the waiting game as they prepare for their third consecutive bowl game.