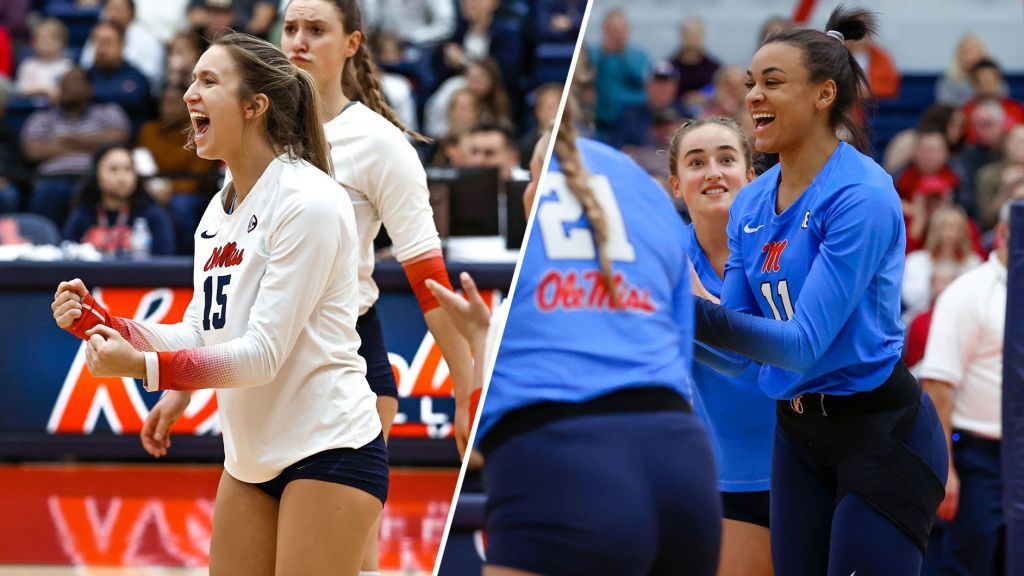 For the second consecutive season, Ole Miss placed two student-athletes on All-SEC teams. Both Borellis and Ratliff shined all season long, catching the attention of the league’s head coaches.

Borellis stepped up at the setter position in her first season in Oxford and made an immediate impact running the Ole Miss offense. She tallied 931 assists in 25 matches played, averaging 9.40 per set, which ranked 14th among freshmen nationally. The Rebels’ setter registered 40 or more assists in 10 matches and eclipsed 50 five times. She also contributed on defense, picking up double-digit digs 10 times. Earlier this year, Borellis earned SEC Freshman of the Week honors after guiding Ole Miss to a rivalry win over Mississippi State with 52 assists.

Ratliff, a preseason All-SEC selection, showcased why she is one of the best middle blockers in the SEC in her junior season. She capped off the season with 106 total blocks, moving her into fifth all-time at Ole Miss with 291 in her career. The Atlanta native was also an offensive weapon, tallying the second most kills on the team with 277 and doing so at a blistering .343 clip that ranked fifth in the SEC. Ratliff tallied double-digit kills in 13 matches, including a season-high 21 at LSU on September 30.