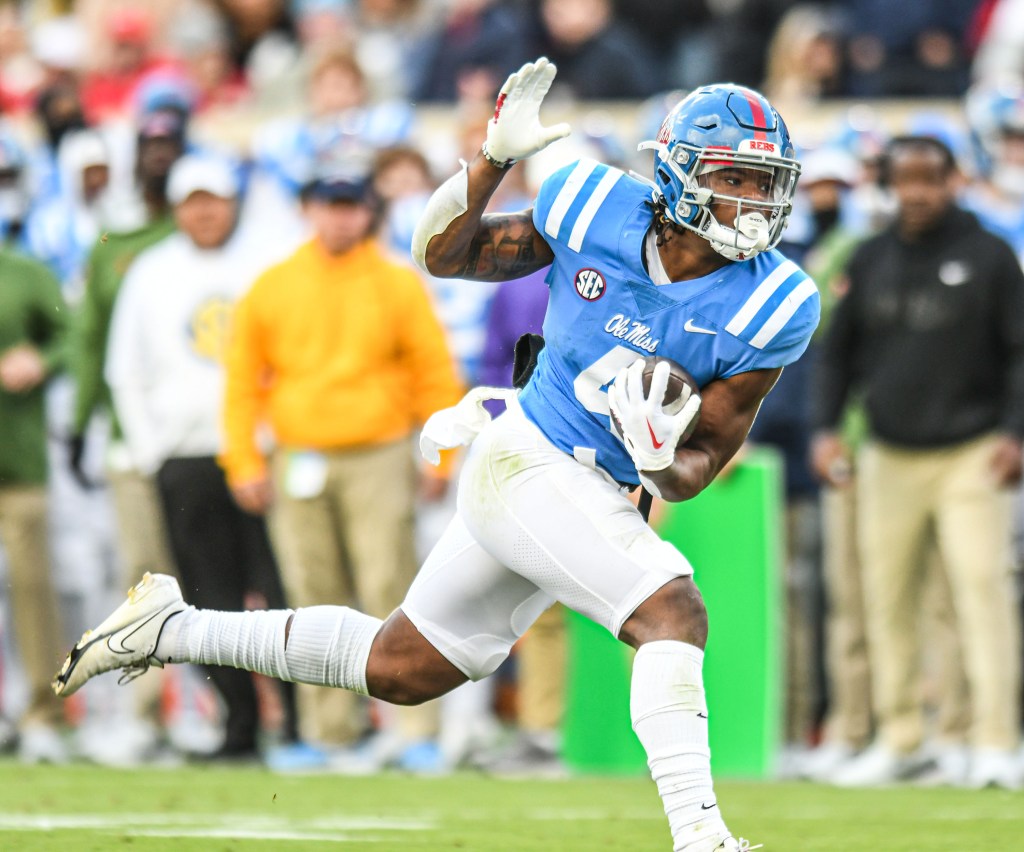 PHILADELPHIA – Ole Miss running back Quinshon Judkins has been named a finalist for the Shaun Alexander Freshman of the Year Award, the Maxwell Football Club announced on Thursday.

The Shaun Alexander Freshman of the Year Award has been presented to the College Freshman Player of the Year since 2018 and is named in honor of Shaun Alexander, a former standout at the University of Alabama and with the Seattle Seahawks in the NFL.

Malaki Starks (DB, Georgia), Harold Perkins Jr. (LB, LSU), Drake Maye (QB, North Carolina) and Abdul Carter (LB, Penn State) all join Judkins on the list of finalists. The winner will be unveiled Dec. 29, while the formal presentations will be made at the Maxwell Football Club Awards in March 2023.

Judkins is only the second Rebel to register mutli 200-yard rushing performances in the same season, joining Kayo Dottley, who tallied three such games in 1949. His 214 rushing yards vs. Arkansas were the 10th-most all-time by a Rebel.