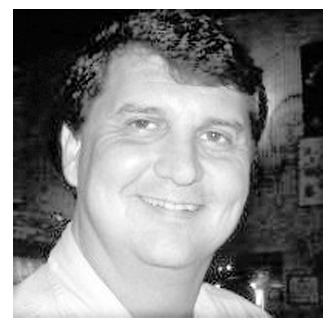 I am anxiously anticipating the new Showtime series “George & Tammy” that will debut this Sunday night. It is supposed to be based on a book by the country music superstar’s daughter, Georgette Jones.

I love old school country music, the kind I grew up with around my Daddy. He enjoyed all types of music and we were fortunate enough to be exposed to most every genre of music back in the day.

Be it country, blues, rock and roll, or gospel, it was all at our fingertips, and we were encouraged to do so at a reasonable volume if Momma was at home.

Tammy Wynette was a Mississippi native from Itawamba County. She lived a hard life and when she married George “The Possum” Jones it was a fairy tale match made in country music heaven, until it wasn’t.

George had more issues than Vogue, and so did Tammy, but they sure made some great music. The music was pretty much the only good that came out of that union other than sharing a daughter together.

There’s not going to be much for me to learn about the country duo while watching the show  because I’ve read books and saw countless interviews over the years.

One thing for sure about “No Show” Jones, he never tried to hide his life. He left his demons out there for the world to see. The man lived all those old hurting songs.

I never had the opportunity to meet Tammy, but I did meet George a few years back after he calmed down.

It began when I met this guitar player named Scott Coney at Robert’s Western World on Broadway in downtown Nashville back in the late 90s.

A single man at the time, I thoroughly enjoyed going to Nashville every chance I could get. I was seriously hooked on the music that was being played at the small bars on Broadway.

Scott’s specialty is chicken pickin’ which is a style of country music I loved, but never could master. I would see him playing around the bars in Nashville when he wasn’t playing lead guitar for George Jones on tours. And that’s how I met George.

They were playing at Sam’s Town Casino in Tunica and Scott told me to just come around back and get the security guard to call him.

Scott came and got me like he promised and brought me to the tour bus. “George, this is my buddy Ricky. He wants to meet you and see the show,” he told my music hero.

George was nice and cordial and it wasn’t like one of those zip line meet and greets, because I was the only one there with him besides Scott and George’s wife Nancy.

I had a good little visit with him, and told him I agreed with Waylon Jennings who always said every country singer wished they could sing like George Jones.

He laughed and said “Yeah, I remember him saying that.” Then he said “Scott, get Ricky a chair so he can sit on stage with us.”

When the curtain opened, The Jones’ Boys Band started playing and I was standing there waving to all my Batesville friends who came to see the show and were wondering how in the world did Ricky get on the stage with George?

So now you know.

George and Tammy are gone now, but their music lives on. The man had a voice range that could go low to high in one note. He could go as bass as bass could go, and then sing high lonesome harmony and make it seem so simple and effortless.

They lived those songs, God rest their souls.

Take care of yourself folks. Holidays are coming. Help out a neighbor in need if you can.