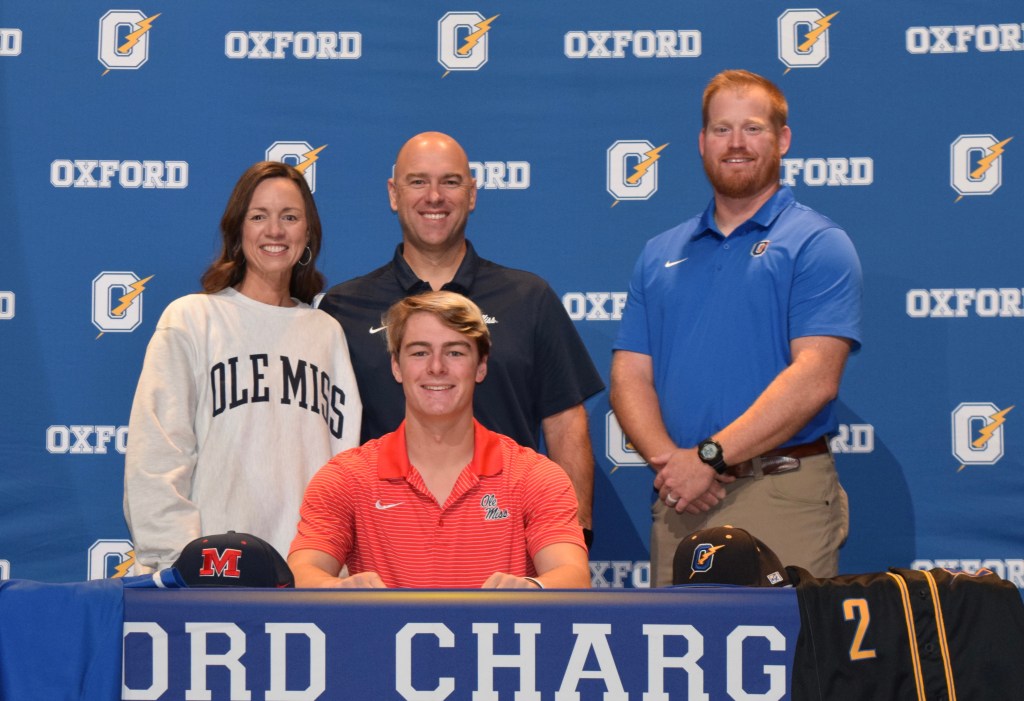 Oxford catcher Campbell Smithwick made his collegiate commitment official on Monday as he signed on to stay in Oxford and continue his athletic and academic career at Ole Miss.

The senior led the Chargers on a Cinderella run to the North Half championship last season before helping guide the Team USA Under-18 team to a gold medal at the U-18 Baseball World Cup Americas Qualifier this Fall.

The Conway, South Carolina native gave a verbal commitment to Ole Miss as a freshman back in 2020 before making the move to Oxford before his junior year, where he quickly established himself as one of the premiere players in the state.

Smithwick was named the Region 1-6A Player of the Year and garnered First Team All Region honors after leading the Chargers with a .432 batting average, 33 RBIs and five home runs.

He will be asked to shoulder even more of the load for Oxford this season following the departure of seniors Ty Wicker, Dixon Webb and Ben Goubeaux.