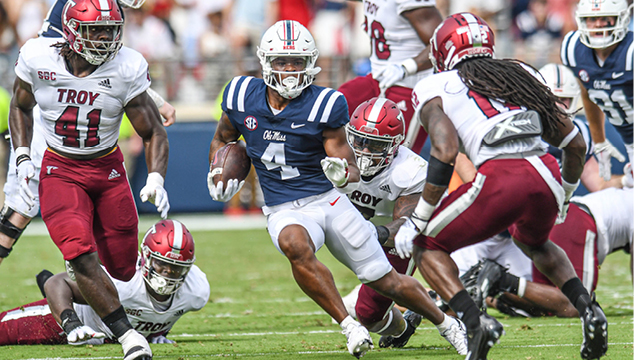 BIRMINGHAM, Ala. – Ole Miss’ Quinshon Judkins continues to add postseason accolades as the record-breaking running back was SEC Freshman of the Year on Wednesday.

Judkins is only the second Rebel to register mutli 200-yard rushing performances in the same season, joining Kayo Dottley, who tallied three such games in 1949. His 214 rushing yards vs. Arkansas were the 10th-most all-time by a Rebel.