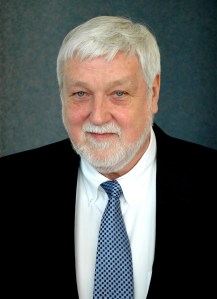 It is with deep sorrow and much love that the family of David Walter Cox of Oxford, MS, mourn his passing on Tuesday, November 29, 2002, after a brief illness. Dr. Cox was 81 years old.

He was predeceased by his parents, Edward and Mable Cox and sister Janice Cox of Cayuga, IN, and son Wyatt Burford.

With undergraduate and master’s degrees from the University of Florida and a doctorate from the University of Illinois, David held positions in counseling, student development, and dean of students at Broward Community College and Lewis-Clark State College before joining the University of Mississippi as an Assistant Professor of Higher Education in 1979. He was awarded tenure and promotion to Associate Professor in 1985 and served as the chair of the Department of Educational Leadership and Educational Psychology from 1986 to 1992. As chair, he is remembered as a visionary leader who worked closely with program faculty, supporting and mentoring new faculty through the tenure and promotion process.

As a faculty member in higher education, Cox was an avid reader and writer on leadership, organization development, and college teaching topics. He co-authored two Mississippi Department of Education grants to create professional development training modules on leadership development. He authored and co-authored more than 40 articles on leadership and principles of higher education. Cox specialized in doctoral studies, chairing more than 70 dissertations (and an additional 40 at Arkansas State University) and spending countless hours guiding students through their research and writing processes. Moreover, he taught courses in Organization and Governance of Higher Education, Contemporary Issues in American Education, and Organization Development in Education. Cox is remembered as a scholar practitioner, caring mentor, and effective teacher.

During his tenure at the University of Mississippi, Cox was recognized for his dedication to excellence in teaching by receiving the Outstanding Teacher of the Year award in the School of Education. Under his chairmanship, the educational leadership program was designated as a “Center of Excellence” at the University, and he was named as a Founding Member of the Mississippi Staff Development Council and Institution of Higher Learning Executive Board Representative. During his time of service as Chair of the Department, Cox lead with integrity, boldness, and vision.

Cox joined Arkansas State University’s faculty in 1992 as a department chair and one of the first professors for the Doctor of Education in educational leadership program, which was the institution’s first doctoral degree. He also taught in the Center for Excellence in Education, a division of the College of Education and Behavioral Science.

He had a reputation among graduate students for being an excellent teacher. He was known for his passion for teaching, his use of innovative techniques, and for engaging his students directly and through teleconferencing with experts in the field. The web-assisted learning focused on issues pertinent to the coursework.

Serving on the Arkansas State faculty for 22 years, he retired in 2014, at which time he was named emeritus professor of education.

Upon returning to Oxford in retirement in 2014, he was immediately sought after to return to the Department of Leadership and Higher Education as an adjunct professor, where he enjoyed meeting and engaging with a new generation of faculty and students. From Dr. K.B. Melear, Professor of Higher Education, “I had the privilege of meeting Dr. Cox when I served as Interim Chair of the Department of Leadership & Counselor Education and asked him to teach a course in the Higher Education program. He graciously agreed and then provided expert instruction in the College Teaching course–what an incredible opportunity for our students to learn with such an outstanding and experienced professor. It was my honor to work with him and get to know such a deeply kind scholar who truly cared about our students and the University of Mississippi.”

Those who knew David recognized that his love for teaching was his lifelong passion. If he was not in a classroom, he was reading, always searching for ways to improve the lives of others. He stood up for those who had no voice, he stood beside those who needed courage to take the next step forward, and he had a quiet unsurpassed kindness. He educated untold numbers of leaders for present and future generations. His love for teaching and learning was only surpassed by his devotion to his wife Faye, which was evident to all around them.

Visitation will be held in the Atrium of Oxford-University United Methodist Church, Oxford, MS, at 1:00 p.m. on Saturday, December 10, 2022, followed by A Celebration of the Life of David Cox at 2:00 p.m. in the Church Sanctuary.

Honorary Pallbearers will be members of Faye & David’s Life Group at Oxford-University United Methodist Church, sisters of Oxford Chapter I and Jonesboro AR Chapter CF of PEO International, and the Departments of Leadership in the Schools of Education at Arkansas State University and the University of Mississippi.