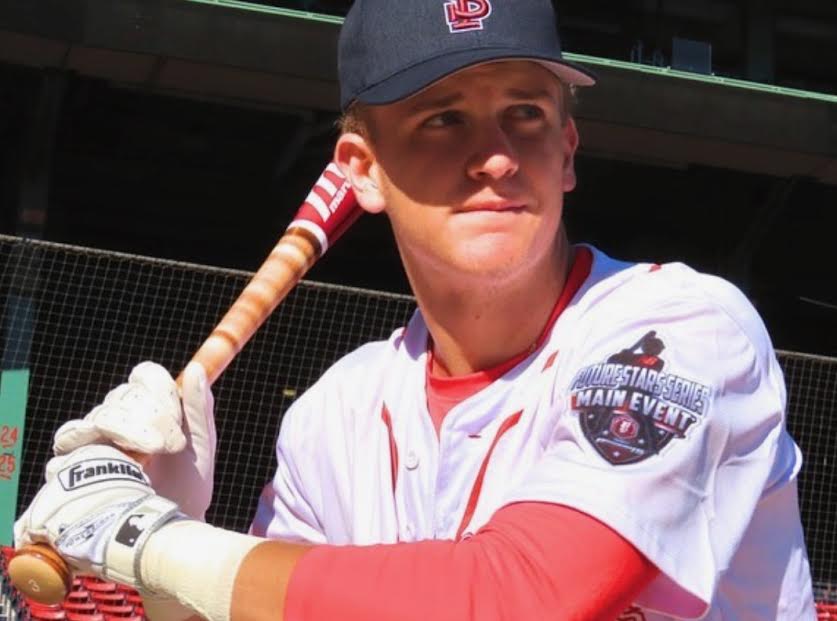 Oxford native Cooper Pratt soared up draft boards in December after putting together an impressive performance during the fall showcase season. (Submitted Photo)

Cooper Pratt has a decision to make.

The Oxford native officially committed to play at Ole Miss back in November, but is also projected to go late in the first round of the 2023 MLB draft, leaving him with a difficult decision to make this summer.

“It’s a rush,” Pratt said. “There’s two good options: Ole Miss and the draft. Kids dream of this — I’ve dreamed of this. I want to go play at Ole Miss and it’s going to take a lot for me not to play at Ole Miss just because I live super close, my family can come,  10,000 fans doesn’t hurt and the coaching staff is awesome. But then again, if I don’t go to college I get drafted and it’s another great opportunity where I have a chance to play as a job and continue to do that as my career.”

The 6-foot-4, 200-pound shortstop rocketed up draft boards in recent months after tearing up the showcase circuit in the fall, hitting .385 at the Wood Bat Association World Championship.

He showcased a versatile skill set that has professional scouts drooling over his potential, demonstrating a keen eye for the strike zone as well as an ability to make consistent contact to all areas of the field.

He also proved himself as an adept defender, capable of making routine plays and exceptional ones with remarkable fluidity.

Pratt now sits at No. 31 in the latest edition of MLB Pipeline’s top 100 prospects, the 11th-best high school prospect on the board.

He is projected to go late in the first round or early in the second round of the 2023 MLB draft in July — something that seemed nearly impossible just a few months ago.

“It’s kind of like a breath of fresh air because I’ve been working hard my whole life and now it’s starting to show,” said Pratt. “All the hard work that I’ve put in hasn’t gone to nothing, now people are starting to notice and I just continue to get better.”

Pratt also said he tries not to put much thought into the newfound national attention, adding that he is currently focused on preparing for his senior season of high school ball with Magnolia Heights.

The Chiefs kick off their season at home against Lee Academy on Feb. 20.

“High school baseball is the most fun for me,” Pratt said. “We can chirp… we can cheer against the other team and stuff like that. We got a couple guys on our team that are just really, really funny and we do some shenanigans that we wouldn’t necessarily do in travel ball, but we do in high school ball and it just makes it so much more fun.”

For now, Pratt is just trying to have fun and enjoy his senior year of high school with his friends, but he will soon have to start seriously considering his future as the MLB draft draws closer.