‘I feel like I’m supposed to go’: Michael Fair to leave Lafayette for Grenada 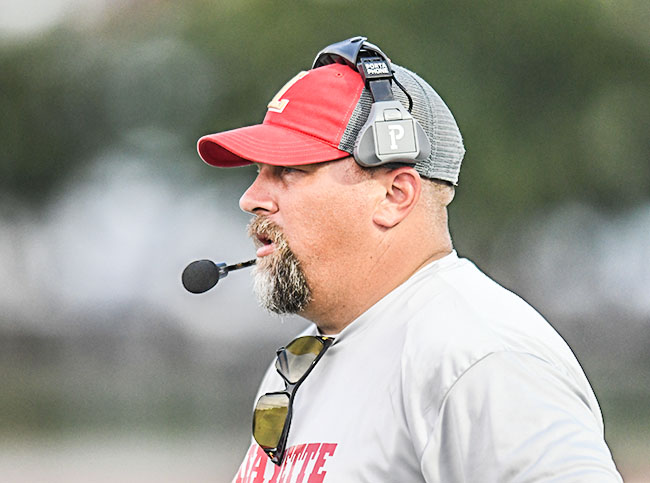 The Lafayette head coach is set to step down from his position with the Commodores to accept the same position with Grenada in what he calls “the next chapter” of his coaching career.

“One thing I told our student athletes here is that I’m mad because I don’t want to go, but I feel like I’m supposed to go,” Fair said. “[My wife and I] are believers and feel like God’s got this plan for us and this is gonna be the next chapter of our life.”

Fair put together a remarkable run with the Commodores, winning a state championship in 2016 and leading them to six winning seasons in seven years.

The former Senatobia and Pillow Academy head coach spoke fondly of his time in Oxford, praising the family environment at Lafayette and calling Oxford a “special place to live.”

“This is unlike anywhere I’ve ever been,” Fair said. “It’s a very close-knit group, the people at this place are unbelievable. I’ve got seven years worth of relationships with colleagues and administrators and teachers and custodians and people that have helped impact my life in ways I’ll never forget — not to mention the great players that we’ve had come through. It’s a family.”

Fair fit right into that environment, working closely with students, parents and teachers to ensure that each of his athletes had the tools they needed to succeed.

His influence was not limited to the gridiron either.

Teachers and administrators alike spoke of Fair’s exemplary reputation as not just a football coach, but as a mentor and coworker who takes genuine interest in the well-being of everyone he encounters.

“On and off the field he’s been an amazing hire ever since he got here,” said athletic director Greg Lewis. “If you look at what he’s done with the kids over the years and all the things that make up the relationships with other teachers that help those young men — I think he’s always had a good football program but not a lot of people see those other things he does.”

The decision to leave that family environment was not an easy one for the Greenwood native, but he said the appeal of a bigger job that brings him closer to his family was too much to pass up.

“My parents live just a few miles from Grenada, between Grenada and Greenwood. I’ve got a brother and his family that live in Greenwood so the thought of being back closer to them was really appealing to me — not to mention the potential that Grenada has,” Fair said.

The Grenada School District Board of Trustees approved the hire at their monthly meeting on Tuesday. Lafayette must still release Fair from his current contract before the move is official, but sources within the district referred to the vote as merely a “formality.”

Lewis said he has already received a few applications for the job, but added that the school will begin advertising for the vacant head coaching position as soon as the board approves Fair’s release.

“Once our board meets then we’ll be able to put it out the next day,” he said. “I know we already have at least three or four guys that are already on the staff that worked with coach Fair last year and they did a great job so it may be one of them, but at the same time we’re going to  interview three to five others and bring them here to see what we can get. Lafayette has a long tradition of great football and I don’t expect any less going forward.”