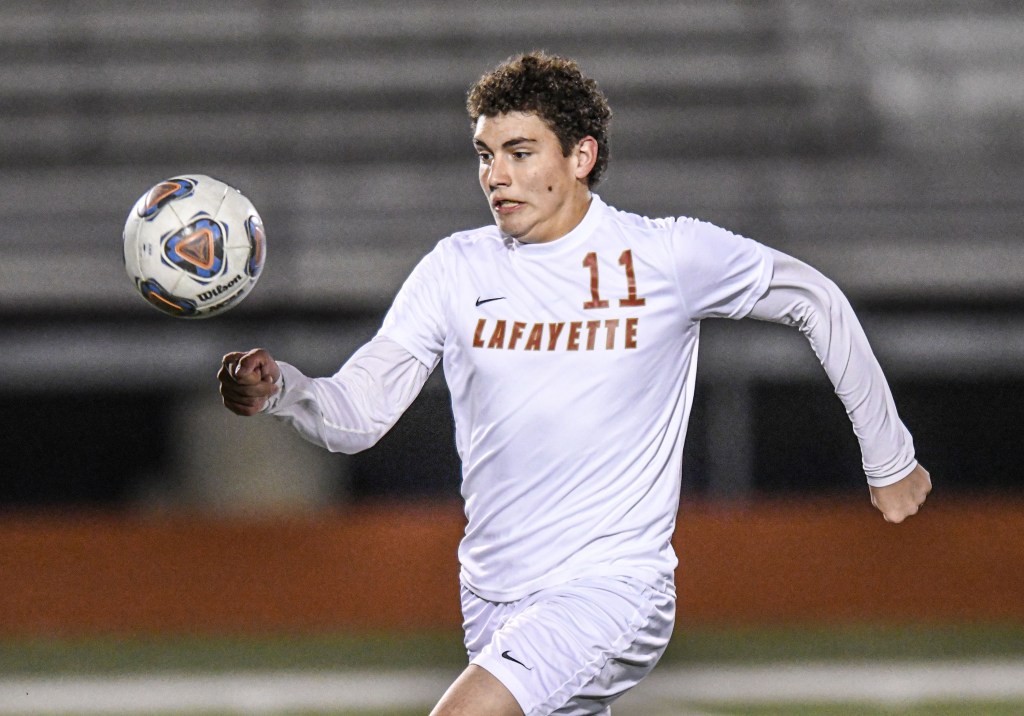 Porter Lindsay didn’t even know he broke the record.

The Lafayette sophomore was subbed off following his third goal in the Commodores’ 5-0 win over Canton in the second round of the MHSAA Class 5A playoffs, but was completely unaware that he had just made history.

“I didn’t realize I got it until they subbed me out and then they told me about it and I was really happy about it because I wanted this record,” Lindsay said. “The guy that held the record before me — I really wanted to beat his record and I finally did so I was really happy.”

The late goal marked Lindsay’s 37th of the season, pushing him past Austin Fikes to the top of the school’s single-season leaderboard.

Head coach Gene Anderson praised the sophomore standout’s rapid development this season, calling him a game-changer for the ‘Dores.

“Compared to last year he’s a totally different player,” Anderson said. “His mentality has changed, he’s a lot hungrier, he works harder, I mean he’s just been constantly elevating his game since about last April.”

Lindsay played sparingly for the Commodores as a freshman last year, but exploded onto the scene early this season after being moved from the wing to his current position as a central striker.

Anderson said he was looking for someone to fill that role throughout the offseason, turning to several different players before Lindsay established himself as a go-to goal scorer for the ‘Dores.

“We didn’t start the year out with him playing there. We had him out on the wing and after a game or two we weren’t getting a lot of productivity out of the forwards because we were mainly running a 4-5-1 and we tried multiple people at the one but just didn’t find anybody with that killer instinct,” he said. “Eventually we moved him up there and once he figured it out he just went off.”

Lindsay’s stellar season helped the Commodores end a two-year playoff drought, and they now sit a win away from reaching the North Half championship match for the first time since making the jump to 5A in 2017.

The ‘Dores took care of business against Canton on Monday and now head on the road next round, where they will face the winner of Tuesday’s second-round matchup between Greenville and Callaway.