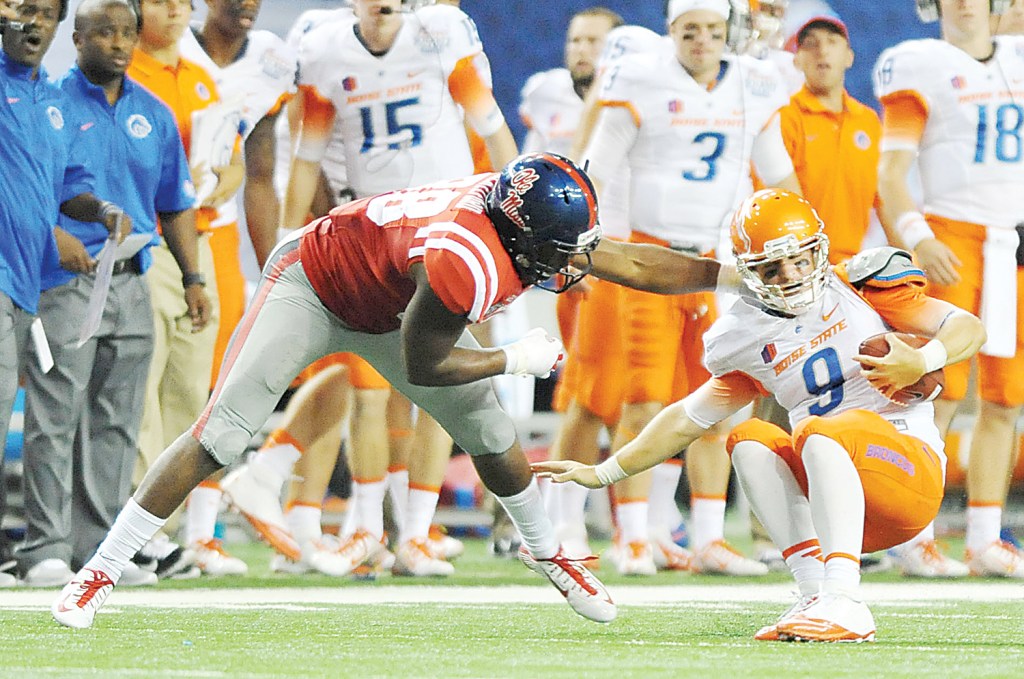 ATLANTA — You had a good idea, but until you see it live, you just don’t really know.

Ole Miss’ defense was the talk of fall camp. Another crop of newcomers along with some key transfers had made the unit as deep as it’s been in the last three years, and those recruiting classes had brought some top-flight talent to that side of the ball.

The experience was there with the likes of C.J. Johnson anchoring the defensive line, Denzel Nkemdiche and Serderius Bryant leading the linebacking corps and All-American safety Cody Prewitt the face of the secondary.

The hope was that super sophomores Robert Nkemdiche and Tony Conner would go from good to great players while transfers Fadol Brown and Anthony Alford would be additions that could transform the group into one of the faster, more athletic defenses that’s taken the field for the Rebels in quite some time.

The unit looked that way in preseason practices. The line’s constant penetration made it difficult for the Rebels to install the basics of their offense, and the back seven was there to clean it all up. But how would it translate in a game against an actual opponent?

It looked about the same.

While the offense struggled to find its footing against Boise State on Thursday, Ole Miss’ defense kept its foot on the Broncos’ throat throughout the night in a 35-13 victory.

It started with the kind of tenacious pass rush that was rarely seen in Oxford a season ago, harassing Broncos quarterback Grant Hedrick to the tune of multiple hurries and three sacks. Ole Miss took opposing quarterbacks down just 20 times last season, but that looks like a number the Rebels could reach rather quickly if they have more nights like Thursday.

Johnson, Brown and freshman Marquis Haynes, who got the start over Brown, showed quick first steps off the edge, which forced Hedrick to step up in the pocket. That’s where Robert Nkemdiche was usually waiting as the nation’s former No. 1 overall recruit created constant push up the middle with a combination of moves, agility and strength.

Boise State’s offensive line struggled to keep up. My guess is a lot of other fronts will, too.

Hedrick took hits left and right, and when he did get passes off, it was anybody’s guess as to what would happen next. Prewitt and linebacker Keith Lewis laid a pair of bone-crushing hits on receivers that drew gasps from the 32,823 in attendance. Serderius Bryant flew in to put a lick on Hedrick, although it was late and high, resulting in an ejection for targeting.

Defensive backs were just as likely to be on the end of Hedrick’s passes as Boise State’s receivers. The Rebels intercepted Hedrick four times, a number they never reached in a game last season. And they looked athletic doing it.

Senquez Golson reached over his head to pull down a one-handed pick in the end zone, Conner dropped back in his zone to make a leaping catch, and Johnson kept his eye on a ball deflected at the line by Nkemdiche to record his first interception of the season.

Sure, Ole Miss will come across faster, more potent offenses than what they saw from the Broncos in Atlanta. Better gauges of how good this Ole Miss defense is will come later.

But this year’s version looks the part.