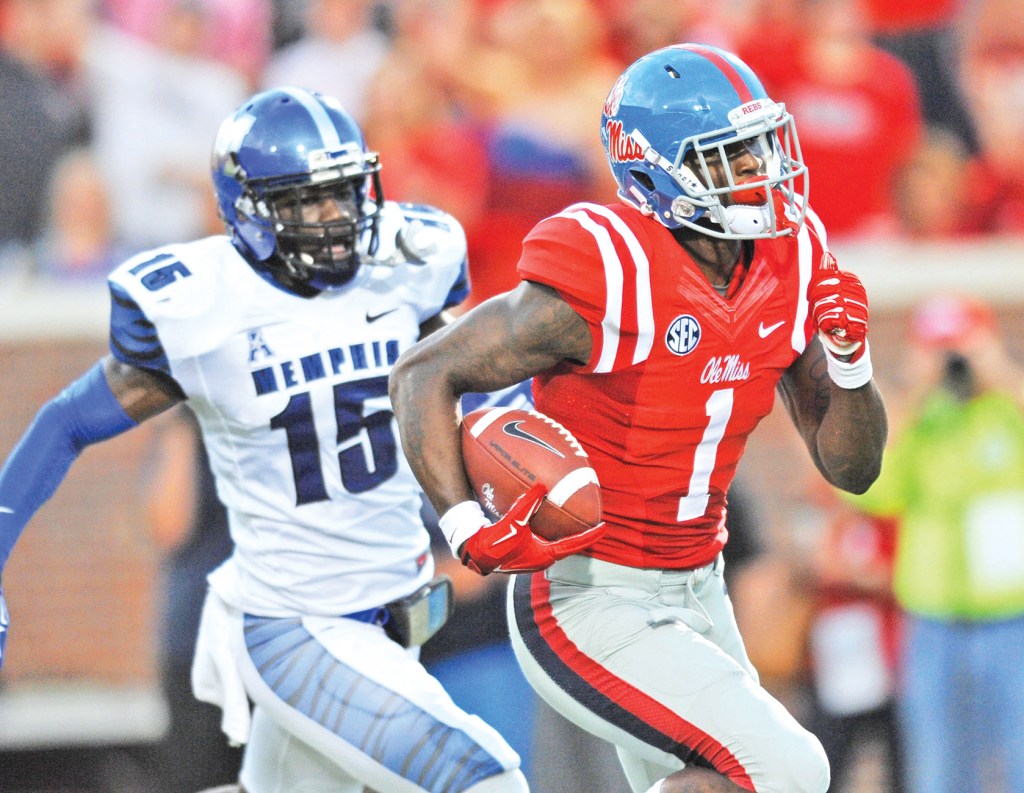 Well at least that’s over.

Ole Miss hadn’t broken much of a sweat since the first half of the Boise State game until Memphis made the Rebels perspire heavily for three and a half quarters Saturday night. Vanderbilt and Louisiana-Lafayette were laughers, and the game against the Broncos turned into one once Bo Wallace quit throwing passes to Boise State defenders.

Ole Miss is better than it was a year ago, even if the offense and special teams didn’t show it against the Tigers. But with all due respect to Boise, Vandy, Lafayette and Memphis, there’s no way to tell exactly how much better.

But we’re about to find out.

Have you taken a look at the rest of Ole Miss’ schedule? Here you go.

That’s five games against ranked teams in a nine-week span. That number could fluctuate throughout the course of the season, and watch out for Arkansas, which is giving opponents all they can handle with a team that’s starting to look eerily familiar to those Rose Bowl teams Bret Bielema produced at Wisconsin.

Here’s the point: Ole Miss has all kind of chances to prove it’s going to be a serious factor in the SEC West over the next two months. The Rebels could also prove that all the preseason hype was premature.

There’s no better matchup to gauge which of those scenarios may start playing out than the upcoming one against the Crimson Tide.

Any false hope Ole Miss had in previous seasons has been chewed up and spit out by the Tide. Remember last year when the Rebels were 3-0 and coming off a bye before its trip to Tuscaloosa, Alabama? Alabama 25, Ole Miss 0.

Ole Miss hasn’t beaten Alabama since Eli Manning was throwing for three scores and running for another in a 43-28 victory in Oxford. That was Manning’s senior year, in 2003.

But Ole Miss gets another shot six days from now in what may be the biggest game ever played at Vaught-Hemingway Stadium. There was the LSU game in that ’03 season that would’ve sent Ole Miss to its first-ever SEC Championship Game since the league started playing one in 1992, but the Rebels had no chance of playing for a national title then.

Beat ‘Bama this year, and Ole Miss is closing in on a top 5 ranking and right in the thick of the way-too-early national championship discussion. Beat ‘Bama, and folks start taking Ole Miss seriously.

Things are about to get serious for the Rebels. We’re a week away from finding out how serious.

COLUMN: Rebels can win lots of games with this…