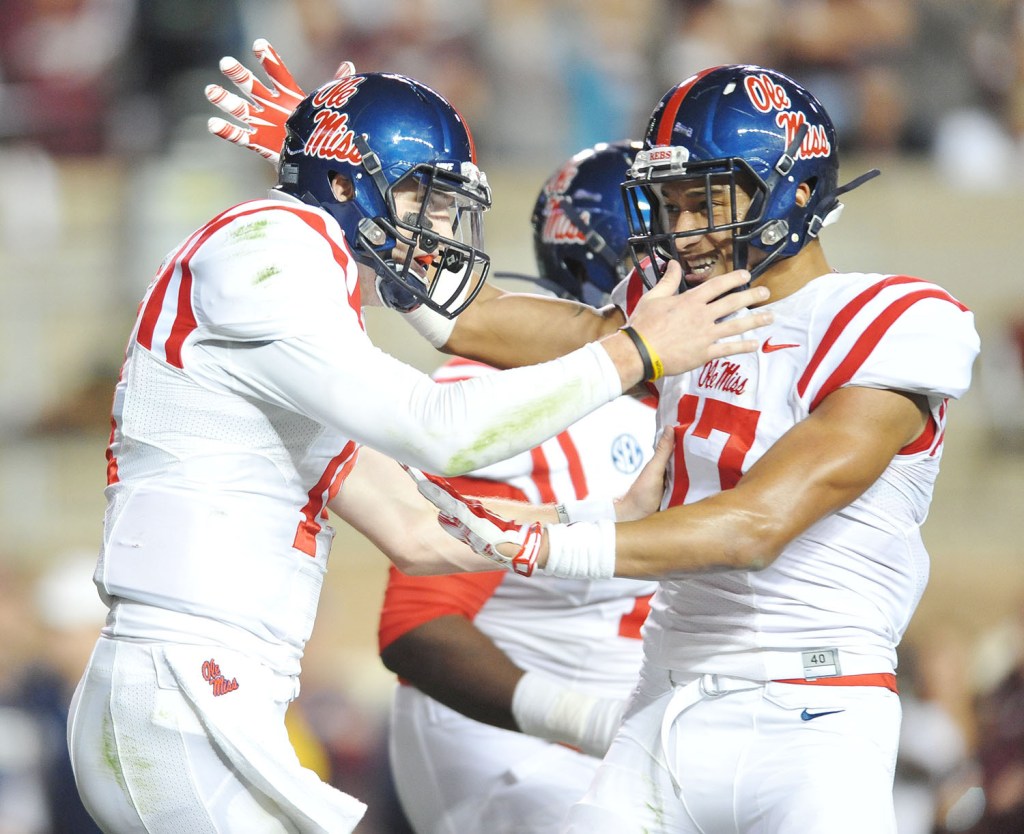 COLLEGE STATION, Texas — The 110,633 people who filed into Kyle Field on Saturday night made for the largest crowd to ever witness any kind of football game in Texas.

They saw a dominant performance from the visitors.

No. 3 Ole Miss had 21 points before the first 20 minutes ticked off the clock and used the fast start to cruise to a 35-20 victory over No. 14 Texas A&M. The win moved the Rebels to 6-0 overall and 3-0 in the Southeastern Conference, their best start in the league since 2003.

“To come out of here with a victory in this difficult environment against a very difficult, talented team is very exciting for our program,” Ole Miss coach Hugh Freeze said. “We have some great fans who made the trip. I could hear them all night.”

Quarterback Bo Wallace threw just 19 times for 178 yards and a touchdown and ran for two more, but the offense didn’t have to do much with the support of a defense that’s only allowed two more touchdowns than it’s scored this season.

Wallace ran for touchdowns of 4 and 10 yards in the first quarter, and safety Cody Prewitt got in on the action when he stepped in front of A&M quarterback Kenny Hill’s errant pass and returned it 75 yards for a score to give the Rebels a 21-0 cushion with 11 minutes, 56 seconds left in the second quarter.

A&M (5-2, 2-2) pieced together a 14-play, 58-yard drive capped by Trey Williams’ 3-yard touchdown run to get on the board midway through the third quarter, but Ole Miss answered two possessions later when Wallace found Quincy Adeboyejo down the seam for a 33-yard touchdown to push the lead back to three scores.

Linebacker Keith Lewis ended any hopes A&M had of clawing back into the game when he scooped up Hill’s fumble on the Aggies’ next possession and took it 21 yards the other way for Ole Miss’ second defensive score for a 35-7 advantage.

Ole Miss made life difficult for Hill and company all night, holding an offense that began the night leading the league with 47 points per game and 583 yards a game well below its averages.

Hill threw for 401 yards but needed 53 attempts to get there. The sophomore had just 202 yards entering the fourth quarter and threw his second touchdown pass to Sabian Holmes on the final play of the game.

The Rebels are now allowing 11.8 points per game, and their 12 interceptions are tied for tops in the nation.

“We got some turnovers and a couple scores on defense,” defensive coordinator Dave Wommack said. “That’s how you play D.”