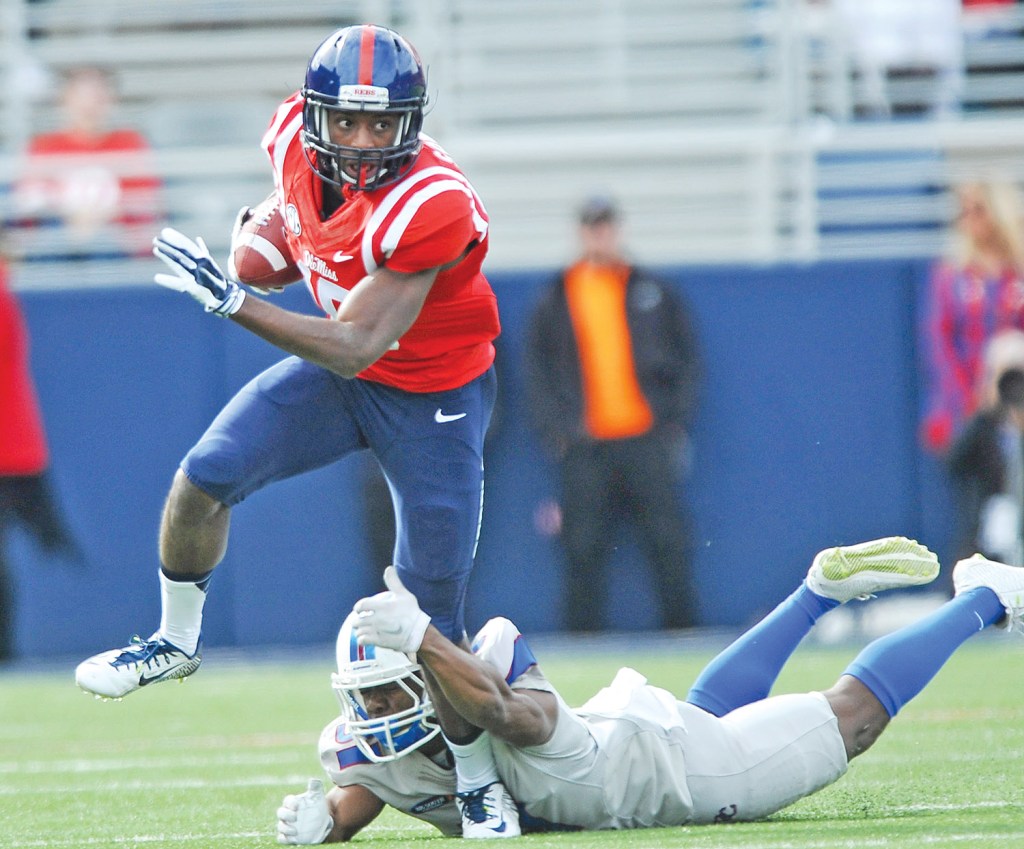 That was easy enough.

Ole Miss showed no signs of a hangover after a pair of heart-stopping losses that could’ve made it hard for anybody to blame the Rebels if they did come out lethargic against an opponent they were going to beat by however many points they wanted to anyway.

The Rebels came out firing from the start Saturday against Presbyterian College. Vince Sanders left a hapless Blue Hose defense in the dust on a short completion-turned-touchdown on the game’s second play, and the rout was on. Ole Miss scored six more times — and could’ve scored as many more times as it wanted to — in the 48-0 win.

Everything that happened in between happened the way the Rebels needed it to happen.

Stud left tackle Laremy Tunsil sat with a partially torn bicep muscle, and the hope is that the injury will be healed enough for him to be back in the lineup when Ole Miss makes the trip to Arkansas in two weeks.

Guard Aaron Morris sat, too. So did safety Trae Elston, running back I’Tavius Mathers and place-kicker Gary Wunderlich. Running back Jaylen Walton was limited, though that was because coaches wanted to get reps for Mark Dodson and Jordan Wilkins, coach Hugh Freeze said. Linebacker Denzel Nkemdiche and wideout Laquon Treadwell won’t play again this season because of season-ending injuries.

Freeze said Wunderlich could’ve fought through a strained hamstring if he absolutely had to, but the Rebels couldn’t afford for injuries to keep piling up in a game they weren’t going to have to exert much energy to win anyway.

Ole Miss got ahead 14-0 after a quarter and didn’t take any chances. The Rebels started shuffling second- and third-teamers into the game during a 21-point second quarter and emptied the bench in the second half. By the time the final second ticked off the clock, 51 players had been in for at least one snap.

And none were added to the lengthy injury list.

Ole Miss now enters its second open week of the season, and it couldn’t be coming at a better time. The Rebels won’t practice again until Tuesday, and even when they do, many of those who are banged up will likely be held out in order to get them as much recovery time as possible for the final stretch against Arkansas and Mississippi State

The first 10-win regular season in school history, which would include playing national spoiler against archrival Mississippi State in the Egg Bowl, is still in reach, but Ole Miss needs the likes of Tunsil, Morris and Elston on the field to give it their best shot.

Ole Miss needed to do two things on Saturday: Win the game and stay healthy doing it.

The Rebels followed the script.