Ole Miss’ NCAA fate up in the air 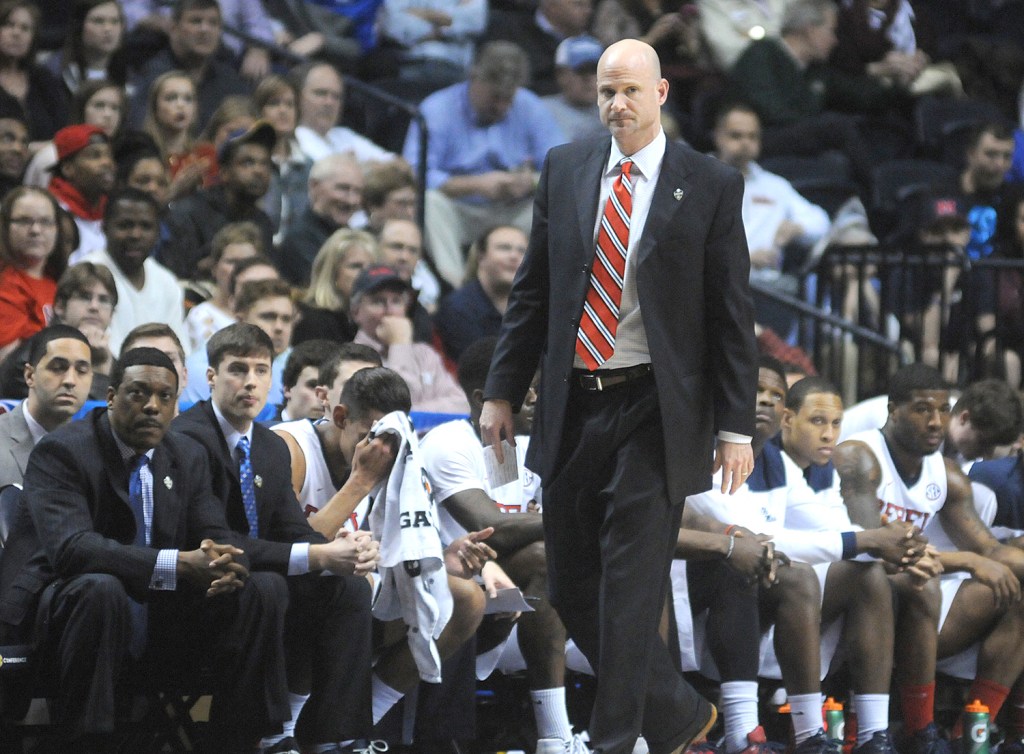 Ole Miss coach Andy Kennedy and players look on from the bench during Ole Miss' 60-58 loss to South Carolina on Thursday at the SEC Tournament at Bridgestone Arena in Nashville, Tennessee. With four losses in its last five games, Ole Miss will be sweating it out on Selection Sunday. (Davis Potter)

NASHVILLE, Tenn. — Leading up to this week’s Southeastern Conference Tournament, Ole Miss’ players didn’t want to think about what a win or loss in its tournament opener would mean for their NCAA Tournament chances.

Minutes after the Rebels suffered the latter Thursday night against one of the league’s bottom feeders, that’s all that was left for them to do.

Ole Miss’ loss to No. 11 seed South Carolina means the Rebels are done making their case. There aren’t any more chances to enhance the resume with quality wins or further tarnish it with more ugly setbacks. The Rebels’ body of work is complete, and now they’re left with an agonizing three days leading up to Selection Sunday to see if it’s good enough to have their name called when the 68-team field is announced at 5 Sunday night.

“We have now taken destiny out of our own hands, and so now we just have to wait and see what the other teams in the equation have done,” Ole Miss coach Andy Kennedy said.

Ole Miss’ fourth loss in its last five games to a South Carolina team that was .500 overall coming into this week’s tournament may be a fatal blow, though the Rebels benefited from similar bad fortune suffered Thursday by other teams squarely on the bubble.

Texas A&M lost earlier in the day at Bridgestone Arena to a bad Auburn team; Illinois was bounced from the Big Ten Tournament by a mediocre Michigan squad; Old Dominion lost its Conference USA Tournament opener to Middle Tennessee State; Texas missed a chance to notch a shiny win against No. 13 Iowa State in the Big 12 Tournament; and Miami was ousted in the Atlantic Coast Conference quarterfinals by No. 11 Notre Dame.

That has in part kept the Rebels in the field for now even with the loss to the Gamecocks, according to bracketologists Joe Lunardi (ESPN) and Jerry Palm (CBS Sports). Lunardi, who had the Rebels solidly in the field as a 10 seed before they lost, still had Ole Miss as one of his last four teams in and going to Dayton, Ohio, for a play-in game in his updated bracket projections late Thursday night. So did Palm.

But it won’t be a surprise if Ole Miss is left out.

The Rebels have been stellar outside of Oxford, going 11-5 away from home with all three of its top-50 RPI wins coming at Oregon, at Arkansas and on a neutral floor against Cincinnati. Ole Miss was just 9-7 at the Tad Pad, suffered three dreadful losses to Charleston Southern, Western Kentucky and TCU on its home floor and ended the season with back-to-back losses to Vanderbilt and South Carolina, neither of which finished in the top half of the SEC standings.

Some players gave a blunt assessment of the work Ole Miss has done this season in the aftermath of its latest setback and are almost expecting the Rebels to get passed over Sunday.

“I really feel like we haven’t because we ain’t just played good this year,” Summers said.

Not everybody is sold on the Rebels’ demise.

South Carolina coach Frank Martin got an up-close look at Ole Miss twice this season, the first being a 65-49 win for the Rebels in the teams’ only regular-season meeting back in January, and he’s convinced Ole Miss more than deserves to be dancing.

“Ole Miss better be in that tournament, and not only be in it, they better be in it with a good seed,” Martin said.