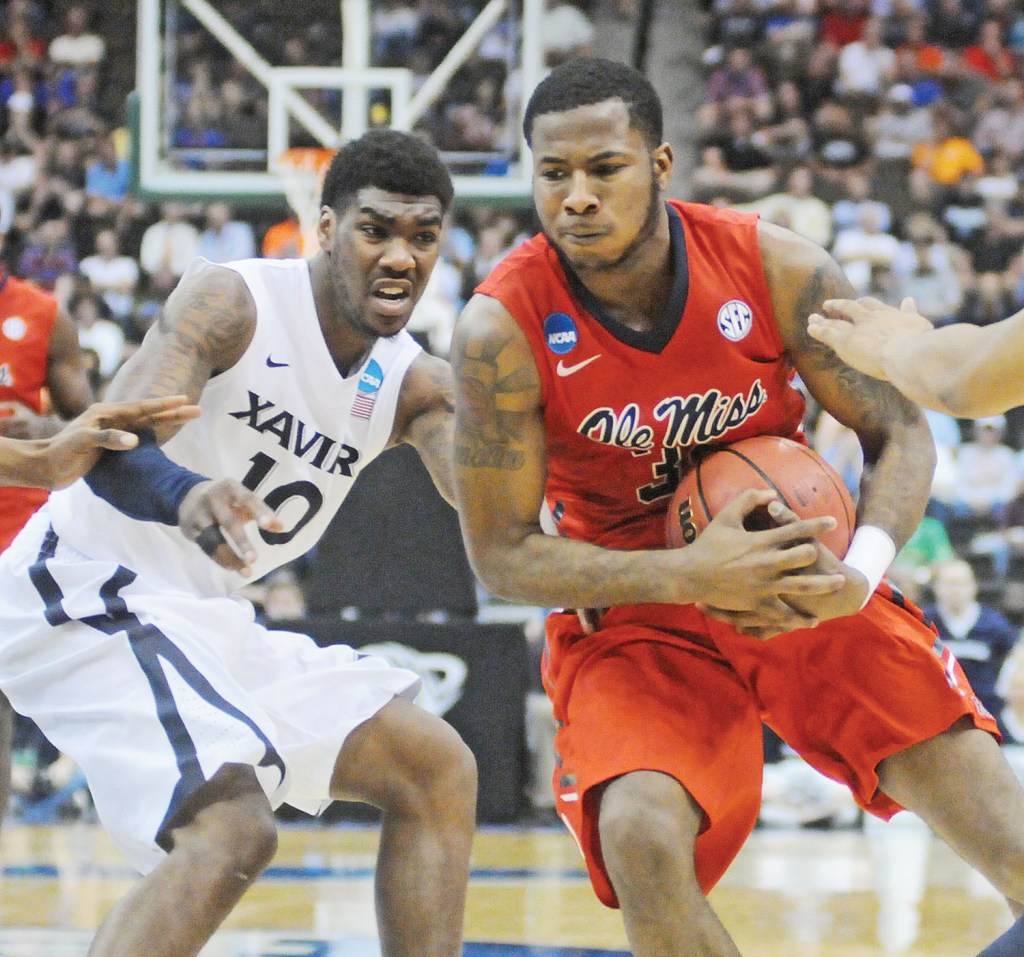 JACKSONVILLE, Fla. — There wasn’t any comeback this time.

Ole Miss’ NCAA Tournament game against Xavier on Thursday at Veterans Memorial Arena followed a similar early script that its game against BYU did two days earlier in the First Four.

The Rebels shot the same 30 percent in the first half against the Musketeers that they did Tuesday. But Ole Miss scored 62 points in the final 20 minutes against the Cougars to wipe away a 17-point halftime deficit and advance.

The 11th-seeded Rebels never came close to recapturing that collective touch in north Florida, and Xavier’s 12-point halftime lead turned into a 76-57 victory that ended the Rebels’ season. Ole Miss put up jumper after jumper, hitting on just 32.9 percent of them, and made just six of its 27 attempts (22 percent) from 3-point range.

“All credit goes to Xavier,” Ole Miss coach Andy Kennedy said. “They had complete control of the tempo from the start, and we were never able to wrestle it away from them.

Forward M.J. Rhett, less than 48 hours removed from dropping a career-high 20 points, scored all 12 of his points in the second half after sitting most of the first in foul trouble, but the Rebels’ big 3 didn’t offer much help.

Stefan Moody led Ole Miss (21-13) with 14 points but made just five of his 18 shots to get them. Senior point guard Jarvis Summers had a dismal finale in a Rebel uniform, putting up a goose egg and missing all eight of his shots from the field, and LaDarius White finished 4 of 10 but just 2 of 7 from deep for 11 points.

Ole Miss was held to less than 40 percent shooting in six of its last games and lost for the ninth time when failing to reach that mark.

“It’s always going to be hard because we’re the three key guys on this team,” Moody said. “If us three aren’t really knocking down shots, then it’s going to be real tough to win.”

Said Kennedy, “We never really got an opportunity to get out in the open floor. Then they packed back in that zone, and we were 6 of 27 from 3. It’s going to be a long night.”

It was fatal against the balance of the Musketeers (22-13), who mixed in 10 3-pointers with the brute strength of center Matt Stainbrook to run away with its fourth win in its last five games and earn an unlikely third-round matchup Saturday with 14th-seeded Georgia State, which pulled off one of the tournament’s first upsets with a 57-56 win over No. 3 Baylor earlier in the day.

Ole Miss had no answers for the 6-foot-10, 270-pound Stainbrook, who made a living getting in close against the Rebels’ bigs for a game-high 20 points and nine rebounds. The senior had 12 in the first half as Xavier grabbed its first double-digit lead less than 11 minutes in and led 36-24 at the break.

Senior guard Dee Davis added 17 points for Xavier, which handled Ole Miss’ half-court trap better than most (10 turnovers) and shot 55.6 percent (15 of 27) in the second half to pad its lead. The inside-outside combination of Stainbrook (8 of 10), Davis (5 of 10) and fellow guard Remy Abell (3 of 5) combined to shoot 64 percent from the floor.

“I thought our guys did a really good job of adjusting to changing defenses and handling Ole Miss’ zone looks without turning it over,” Xavier coach Chris Mack said.