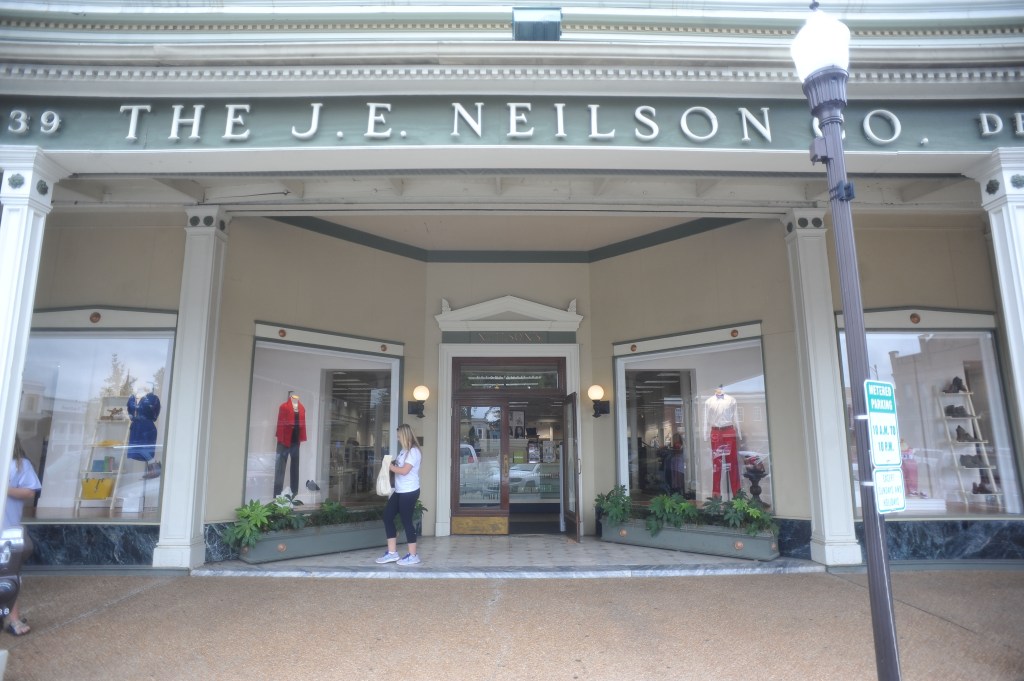 Neilson's, located on the Square in Oxford, Miss. on Friday, August 21, 2015, has recently been renovated.

As Oxford’s oldest store and the South’s oldest department store, Neilson’s, established in 1839, predates the University of Mississippi.

The store recently has undergone a complete remodeling of its interior and merchandise plan to meet the flourishing sophistication of one of the fastest growing communities in the nation, Oxford.

Neilson’s will host its grand unveiling party on Thursday, Sept. 3 from 5:30 p.m. to 7 p.m. The event will feature food, beverages and tons of inventory to fit the iconic Oxford style.

The Neilson’s story is one of an institution that continues to change with the times, spanning over 175 years. As the 16th oldest store in the nation, Neilson’s is placed in the National Register of Historic Places by the U.S. Department of Interior.

During the pioneer days, Neilson’s carried everything from groceries to hardware. At the turn of the century, Neilson’s became a widely patronized store throughout the Mid-South and a backbone within the community, built on “quality, style and dependable service.”

When the Great Depression hit in the 1930s, Neilson’s survived with careful management and the loyalty of its employees. The store was able to help customers on the university, city and county faculties by taking assignments of paychecks when the state of Mississippi could not honor them for lack of funds.

“To make a big investment in a historic location in a small town has, for a long time, been contrary to retailing trends,” said Will Lewis, owner of Neilson’s. “But Neilson’s is a part of the unique aspects of the Oxford Square, and wouldn’t be the same anywhere else.”

Neilson’s is owned and operated by the Lewis family, which has been associated with the store for over 100 years. Today, Lewis and his daughter, Amanda Lewis Hyneman, are involved on a daily basis.

“I grew up in Oxford in the ’70s and ’80s, and then attended Ole Miss in the early ’90s,” said Hyneman. “There is a fever pitch in this town, especially as we are heading into the football season. The unique energy of Oxford and the Square is unlike any other.”