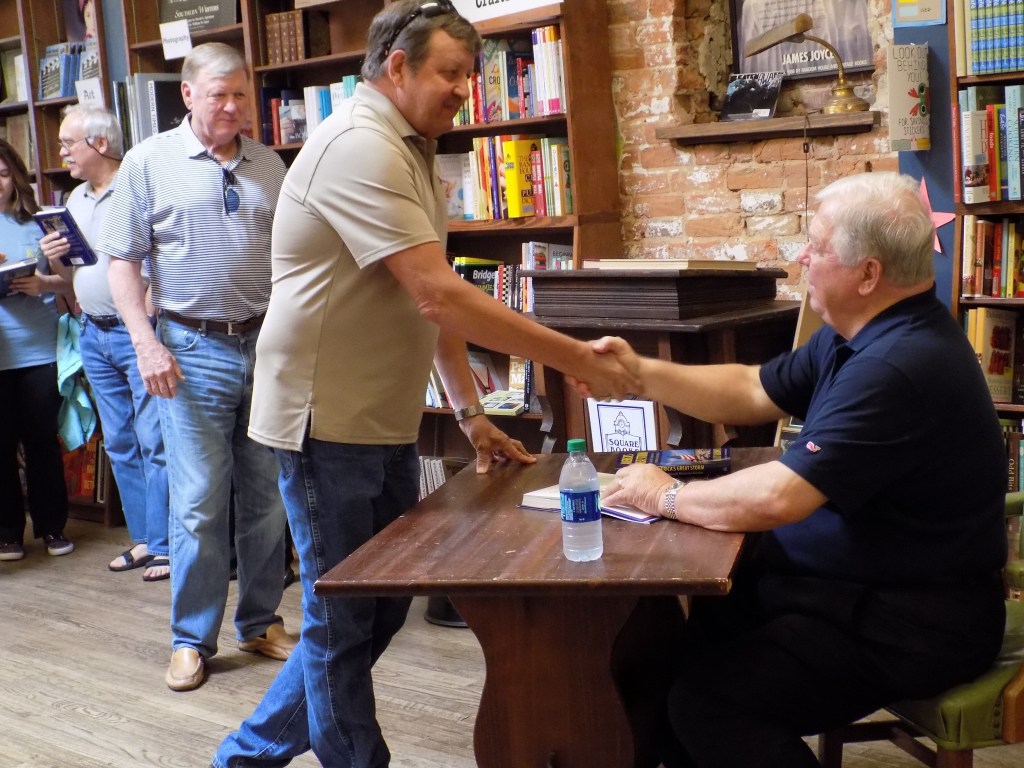 Former Gov. Haley Barbour stopped in Oxford this weekend to sign his book with a well-timed release during the 10-year anniversary of Hurricane Katrina.

Oxford was his second stop on his Mississippi book tour for “America’s Great Storm” at Off-Square Books in Oxford from 2-4 p.m. Sunday.

Barbour’s book illustrates the obstacles and challenges of dealing with Hurricane Katrina as well as leadership lessons and crisis management he learned firsthand from the experience. The memoir’s release and book tour are timed to commemorate the 10-year anniversary of Katrina.

“Of all the things written in the last 10 years, I felt like there were a lot of people who deserved so much more credit than they received,” Barbour said.

Barbour said although Katrina was the worst natural disaster in American history, Mississippians responded in an extraordinary and inspiring way.

“The heroes of the story are the people of Mississippi,” he said.

Barbour said Mississippians have done more to improve and build upon the image of the state with their showing of strength and resilience than ever before.

The final chapter of “America’s Great Storm” details the lessons Barbour learned and the strategy he employed to manage the crisis during his time as the state’s top leader.

As Barbour surveyed the damage for the first time, he could only describe the scene as the result of nuclear bomb or the hand of God. Barbour added his first thought was the loss of life.

Immediately, Barbour, his wife Marsha and a team of responders began a multiphase mission of cleaning debris, helping individuals, getting businesses back to work and getting children back in school.

The entire first week after the storm Barbour and his wife were back-and-forth from the damage and were personally helping and responding to families. He cited the selflessness and humbleness of even the worst cases of need as inspirational and definitive of Mississippi Katrina survivors.

Although the experience was devastating at first, Barbour shared there was never a point that he thought Mississippi and coast would never recover.

“I never considered failure because these are tough people,” Barbour added.

Barbour will continue his book tour throughout various independent bookstores in Mississippi until Aug. 28.