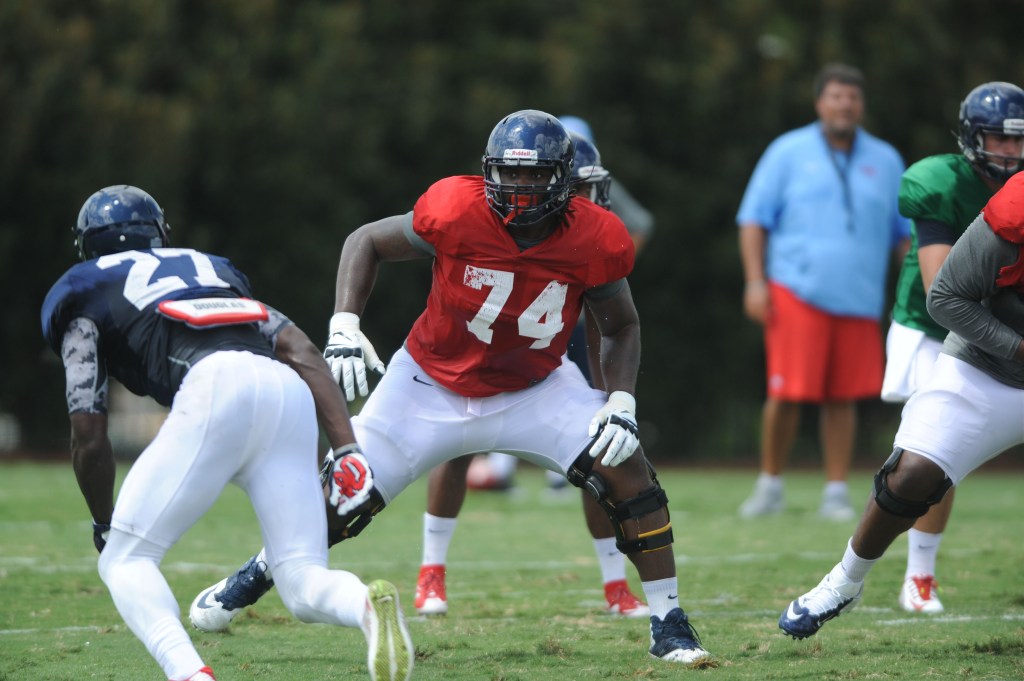 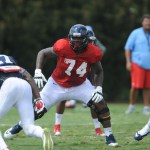 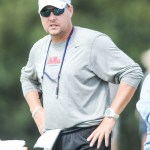 The less weight football players carry around, the faster they can move. A slimmer offensive line at Ole Miss is helping the Rebels get back to the breakneck pace on which Hugh Freeze’s spread attack is built.

Offensive linemen in the Rebels’ two-deep have “probably lost like 200-something pounds if you add it up all together,” right tackle Fahn Cooper said, and it’s helping the offense run plays at a faster rate. Ole Miss went from averaging 79.8 plays a game in 2013 to 72.5 plays per game last year as the Rebels tried to play keepaway and cut out opponents’ possessions against the nation’s top scoring defense.

“You’ve got a defense that’s giving up for most of the year 12 points a game,” Ole Miss coach Hugh Freeze said at the start of fall camp. “It doesn’t take a lot of rocket science to figure out that if that defense is that stingy, you give the opponents lesser and lesser opportunities, you’re going to have a chance to win some games.”

But the offense didn’t do much to help the defense down the stretch. All four of the Rebels’ losses came in the last six games with Ole Miss scoring a combined 10 points in three of them.

The Rebels are getting back to the tempo they know best aided by a commitment from the group up front to get lighter.

Cooper, who played at the heaviest weight of his career a season ago at 325 pounds, is down near 300. Guard Justin Bell is down below the 350-plus pounds he played at last season while fellow guard Aaron Morris has slimmed down to 313. Nobody has shed more pounds than redshirt freshman Jordan Sims, who reported to Ole Miss at 384 pounds last summer but is approaching 330 and recently said he’d like to get closer to 320 by the start of the season.

“There was a big group of six, seven or eight guys where we all had to lose weight, and we all did,” Cooper said. “We all were working and pushing each other to do extra stuff so we could lose the weight and run this no-huddle offense efficiently.”

Cooper said the offense times itself during the red-ball, or hurry-up, portion of practice between the end of one play and the beginning of the next one. The goal is to have the ball snapped within 10 seconds.

“I think with good no-huddle offenses, if you watch other teams, getting it 10 seconds in between plays and getting them off is usually the sweet spot,” Cooper said.

Sometimes the Rebels get the next snap off in 10 seconds or less. Other times, they’re not that fast. But the offense isn’t operating nearly as slowly as it once was.

“It’s definitely a lot faster,” Cooper said of practices. “I think a lot of guys on the offensive line losing all that weight, it has helped out a lot. You get lined up faster, you get the plays run faster, and it makes everything easier for the quarterback. It just causes chaos for the defense.”

But Freeze is still going to play to his strengths. He’s not against pulling back at times should his defense prove to be just as stingy this fall, but Ole Miss’ offense was made to go fast.

“(Going fast) is my personality,” Freeze said. “It’s what I would like to do. It’s when I’m the most comfortable. But I won’t do it just to satisfy my personality. We’re going to do what we think gives us the best chance to win, but we’re going to prepare from day one to go fast.”