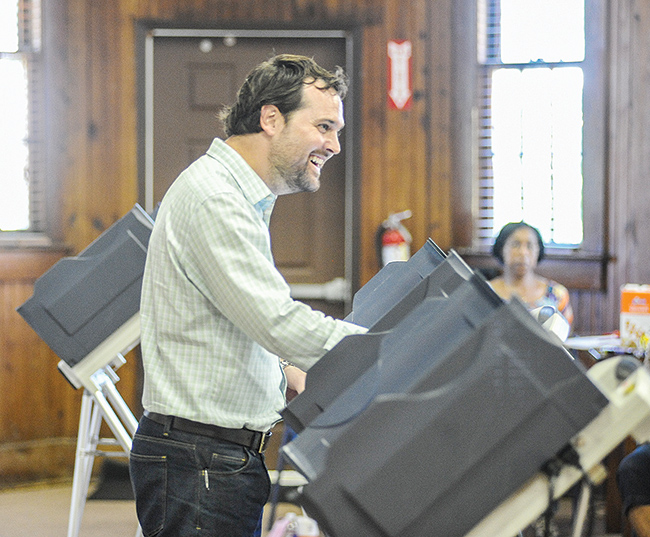 “I’m am pleased and humbled by the results in today’s runoff and I want to thank friends, family and supporters who came out and spent time voting for me,” Frye said after the votes were tallied at the Lafayette County Courthouse.

Frye said he plans to be back on the campaign trail today after celebrating Tuesday evening with friends and family.

“As a candidate who set forth a vision of the future of Lafayette County, it’s clear to me that what the voters of District 1 want is someone who not only works hard, but someone who has a plan,” he said. “I will continue over the next two months to meet voters and speak to everyone I can.”

McCluskey also thanked his supporters and said he was proud that he ran a clean, solid race.

“It was very close,” he said. “I thoroughly enjoyed meeting everyone.”

Frye’s win came from the Oxford 1 precincts where he won 532 votes alone. However, McCluskey took more votes in the Denmark-Lafayette Springs and Yocona precincts.

In District 3, the race wasn’t nearly as close as District 1. Dale Timothy Gordon won with 560 votes against John W. Adams who received 283 votes.

“I’d like to thank each and everyone for their prayers, support and their votes — for considering me to be their Democratic candidate for District 3,” he said Tuesday night. “Hopefully we can excel again in November and come out victorious.”

Gordon said he had hoped more people would have come out to vote Tuesday.

“We needed more people to come out,” he said. “Everyone’s vote does count and I hope more people come out in November.