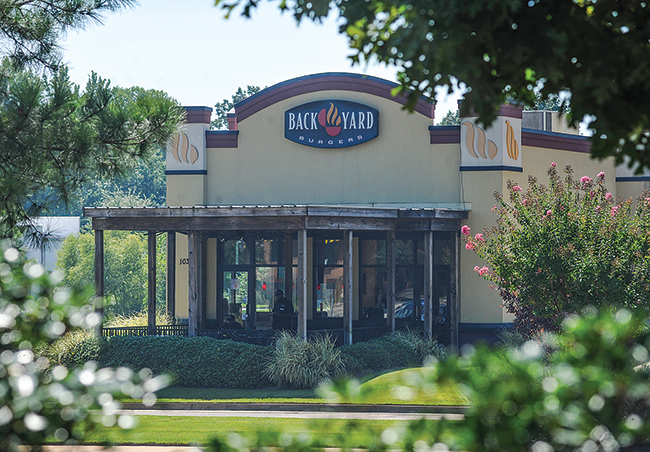 At an August franchisee convention in Nashville, Bridgforth Rutledge, owner of Oxford’s Back Yard Burgers, wonFranchisee of the Year.

“It’s the highest award they give to a franchisee,” he said. “It’s a great honor.”

Rutledge, 43, of Ridgeland, also owns other locations in the state and visits Oxford a few times a year to check in. He said the Oxford restaurant was built around 2007 by another franchisee and Rutledge bought it in 2011.

“The Oxford store has been a really great location for me,” he said. “It consistently performs. The customer base there is strong. It’s something you work hard to get because it’s a reflection of the fact we treat our customers right. It boils down to if you aren’t treating the customers right, you don’t do well.”

Currently, Rutledge said he wants to expand on the Back Yard Burgers success and is looking at purchasing the roughly­-acre lot behind the restaurant for a commercial-zoned project.