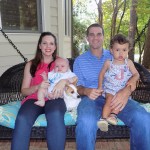 The Shipp family recently moved to Oxford where both husband and wife are doctors. 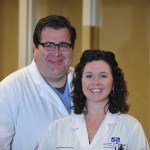 Dr. Justin May (left), an interventional cardiologist and Dr. Jennifer Gardner, a pulmonologist, are one of two married doctor couples, in Oxford, Miss. on Tuesday, August 25, 2015.

Oxford is home to several husband and wife doctor duos.

While they may not work side by side in an operating room or have to share an office, there are two doctor duos that are a daily tag team enjoying new lives in Oxford.

Dr. James Shipp, 34, an ophthalmologist, and Dr. Lyndsay Shipp, 31, a dermatologist, made the move to Oxford and started their jobs last August, he at Mayo Eye Center and she at Oxford Dermatology.

Dr. Jennifer Gardner, 34, a pulmonologist and her husband Dr. Justin May, 37, an interventional cardiologist both spend their days at Baptist Memorial Hospital — North Mississippi.

The Shipps met in medical school in Jackson in 2006. He took a job post-graduation at an Augusta, Georgia, private practice while she finished her residency. Eventually they moved here and brought with them Fletch the dog, who is about 5 years old; James, 2, and Will, who is 4 months.

“It’s a perfect location between both parents in Madison and in Corinth,” she said. “And it’s just a great town. When we saw the job openings we felt really lucky to be able to move to Oxford.”

“We feel very fortunate to have been able to move here,” he added. “It’s not every day you can find job openings” for both spouses in a city of opportunity. “We both joined great well-established practices so it’s been an easy transition.”

They said they’re lucky to be in their chosen professions with similar hours and routines so they can raise their young family.

“We’re just a team effort and if I’m busy, she’s always willing to step up and if she’s busy I’m usually available,” he said.

She agreed, and said it’s James’ ability to take care of his family at home and afar that makes a difference.

“I wouldn’t be able to work the hours I do if he didn’t work around the house,” she said. “That’s another reason why it works. Our hours are the same. 8 to 5 or 6, and we rarely work on the weekends.”

James said one big lifesaver is not being constantly on call.

“Luckily we don’t have a lot of on-call schedules,” he said. “We get to enjoy Oxford a bit — there’s so much to do here.”

The family belongs to Pine Lake Church and spends time around town as a family and with fellow familes. “All of our friends are in the same phase of life,” she said. “We hang out with the kids.”

The kids also have a couple perks given their parents love to travel.

James has his pilot license and the kids love flying, Lyndsay said.

James added when things are less than ideal it’s “good communication and understanding” that get them through.

“We both love our jobs and love our kids so I don’t feel like we have to balance,” Lyndsay added. “You get used to a mild amount of chaos, you just let it go.”

Jennifer and Justin Gardner are enjoying their last months of quiet and freedom before their twins arrive in December. So that means plenty of time traveling around the country and cruising in their convertible.

But even after children arrive, their specialties dictate a different pace than the Shipps.

Jennifer is from Indianola, attended Delta State University and then headed to Kansas City for medical school. She then went to the Detroit, Michigan, area for training, which is where she met Justin.

Justin grew up near Detroit, did all his training in Michigan and earned his degrees from both Michigan and Michigan State University.

When they met she was an intern and he was a resident.

In total they have been together about 10 years, and he jokes, “it’s hard to remember a time we weren’t together.”

“Time flies when you’re having a good time,” she added.

It was in 2011 when they were both in a fellowship that they went ahead and tied the knot. In September 2012 they moved to Oxford right out of training.

“We wanted to go where we were needed,” she said. “A lot of cities are saturated with physicians so that’s a big thing.”

Justin said they looked at Georgia, Alabama, Mississippi and Michigan.

She said being from Mississippi gave the state a little extra push for consideration, so when the call came and asked them, “Would you consider living in an SEC college town?” they were ready.

“We think that Oxford was the best fit combined,” she said.

“I don’t think there is any other city in Mississippi we’d live other than here,” he added.

He also said it’s the best-case scenario for the pair where Oxford gets two specialties that were needed with one couple, and they have the resources they need to do their job. Him: a cath lab and surgery; her: an ICU and an outpatient clinic. Plus, they are meeting a huge need in the state.

“There are 40 to 45 guys like me in Mississippi,” he said. “There is a huge shortage, and it leads to people being undiagnosed.”

He said doctors in Oxford are taking care of people in a 90-minute radius of the town. Jennifer also said some of her clients come from Clarksdale, Grenada, Cleveland and all the way into Memphis.

“There’s not a lot around here,” she said. “The Oxford medical practice in general just has a huge area of service.”

“It quadruples in town for game weekends,” he said. “They bring a lot of people with pulmonary issues in and we have to take care of them and get them back home safely.”

Justin has treated people visiting the University of Mississippi in the past few months from Scotland, San Francisco, Candada and many more locales.

“You really just meet people from everywhere because the university just draws everybody,” he said.

“I think we’re in the right place because we just see and help everybody,” Jennifer said. “There’s a huge need here for what we do. We’ve got lots of need and I think we have great partners.”

Their much-needed specialities mean she is on call every third day and him every other day.

“With both of our specialities, when you are on call, you have to go at the drop of a hat,” he said. “When you’re eating at Ajax and you get a call, you drop your fork and run.”

“We live two miles away and just know if one of us is on call and we go to dinner, we take two cars or just know we might both have to leave in the middle of dinner,” she said.

But even though they will enjoy each others’ time during dinner, their fields are not far apart and they can bounce ideas off one another for treatment or a second opinion.

“I think the best part of working together and what we do is you can always call a friend,” he said about Jennifer.

“We have a lot of the same patients,” she said. “We love what we do. I absolutely love being in a hospital and being in ICU.”

“There are fine intricacies about what we do,” he said. “At 2:30 a.m. if I have to make a hard decision, it’s best to always call (Jennifer). If I’m not at home asleep, I know that she will be up.”

They also know time together is a precious commodity.

“We have a lot of acute situations and don’t get a lot of down time,” she said. “Our time together away from work is a shortage and it has to be treasured.”

For now that free time means having friends over to dinner or vising Michigan, Phoenix, Las Vegas and other places they stopped in during medical training.

And there’s always their convertible that they call “therapy time.”

“You can do that even when you’re on call,” she said. “It’s the one thing we can do that really decompresses us.”

Don’t be surprised next year to see the family of four on the open road, top down, for therapy time together. 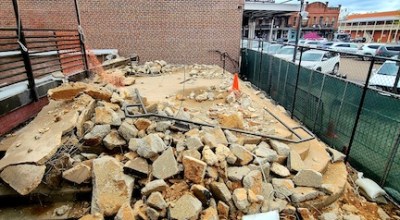 Pocket Park Progress: City estimated to have new park by the fall 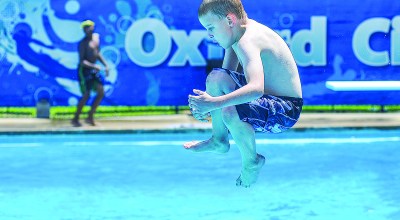 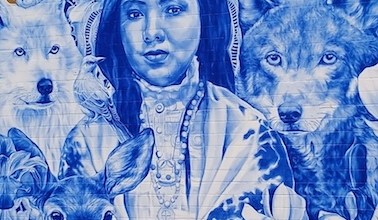 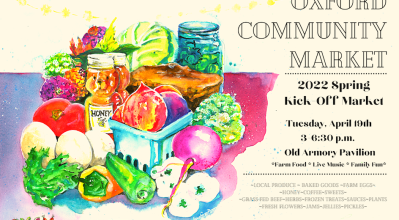