Currence forms foundation for health and well-being of youth 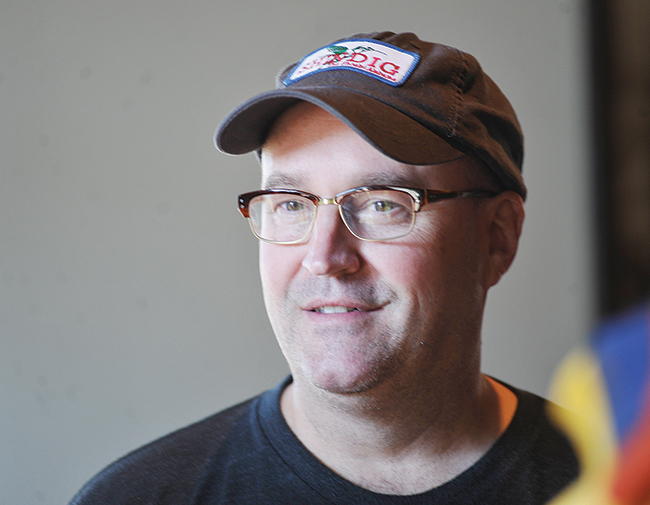 Local Oxford restaurateur and resident Chef John Currence has teamed up with others in the L-O-U community to take a stand for the health and well-being of Mississippi youth.

Currence recently announced the formation of a nonprofit foundation aimed at inspiring and funding educational initiatives for Mississippi youth, specifically in the areas of health, well-being, nutrition and physical activity.

“Move On Up Foundation was created because as the nation’s leading state in the ongoing and growing obesity epidemic, we believe that targeting youth and providing the tools and education to understand that they can help stem the onset of this condition is paramount in the struggle to change their future,” Currence said. “The foundation will work with local, municipal and state agencies to help implement programming to help children grow to a healthier future in Mississippi.”

“So many people desire to help Mississippians have a brighter future,” Tannehill said. “John Currence isn’t simply talking about it — he is finding a way to make it happen. I am honored to serve on this board with people who are passionate about making a difference in the lives of children across the state.

“Childhood obesity has devastating impact on children in our state,” Tannehill continued. “I am excited about the opportunity to help Mississippi Move On Up.”

“Wrestling with bureaucracy and trying to change the way some very dug in people look at education will be an immense challenge, so we have tried to assemble some of the best minds and spirited hearts we can to help initialize our efforts,” Currence said. “I am extremely flattered these folks have signed on to be part of this effort.”

The Move On Up Foundation will host its inaugural fundraising event sometime in early 2016. The weekend-long fundraiser will feature multiple events, including a Friday night welcome reception followed by a Saturday morning 5k “Freeze-Your-Butt-Off-For-Fitness” fun run. Saturday afternoon a program with a nationally known speaker will precede renowned chefs from around the country cooking dinner parties at private homes in Oxford. The intimate dinners will each seat no more than 12 guests and will feature menu items inspired by each chef’s respective restaurant. Following the private dinners, there will be a ticketed after-hours reception with cocktails, desserts and live music for up to 200 guests.

“This is a universal charity we are trying to organize,” Currence said. “We want to lay the foundation for a better Mississippi for our children. It is something that everyone should be able to participate in, so we are organizing multiple events that folks can build a weekend however they like in this beautiful town and give something to help the children of our state.”

Currence hopes the foundation will help many throughout the state.

“Mississippi has provided me with a wonderful opportunity in my career and I could not be more proud of what my team has built in Oxford,” he said. “We have always believed in giving back to our community comes along with success, now we want to take greater strides and help the entire state move forward to a happier, healthier and more prosperous future. I am sick and tired of being at the bottom of every list that is published. We deserve better, but it is going to take work to crawl out of the place we are in. That is what we want to be part of helping inspire. It’s time to Move On Up.”

The Move On Up Foundation is made possible through an ongoing partnership with the Yalobusha Brewing Company. For more info, visit MoveOnUpMS.com.