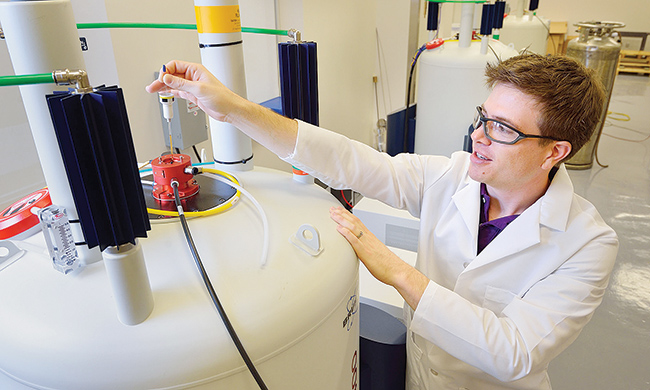 The University of Mississippi School of Pharmacy has landed in the nation’s top 10 for total extramural funding, according to the American Association of Colleges of Pharmacy. Ranked No. 7 for the 2014 calendar year, the school jumped from No. 12 in 2013.

The school received $15.6 million in total extramural funding, which includes $4.7 million awarded by the National Institutes of Health. The funds garnered by the school support a variety of research projects including drug discovery and development.

Funding is highly competitive and critical to the national reputation of the university and pharmacy school.

“It is a testament to our talented faculty and scientists that the school’s funding is so highly ranked,” said David D. Allen, the school’s dean. “I am honored to work with these individuals who are dedicated to research excellence.”

The University of Mississippi is the only Southeastern Conference school ranked in the top 10.

Included in the $15.6 million is funding from the U.S. Food and Drug Administration, U.S. Department of Agriculture, Department of Defense, National Institutes of Health, National Science Foundation and the National Association of Chain Drug Stores Foundation.

“The overall ranking and the diversity in funding mechanisms speaks volumes about the breadth and depth of our research program, which continues to grow,” said Soumyajit Majumdar, associate dean of research and graduate programs.

This funding helps the School of Pharmacy further its mission to be recognized for its multidisciplinary research in the discovery, development and translation of innovative solutions to health care problems.