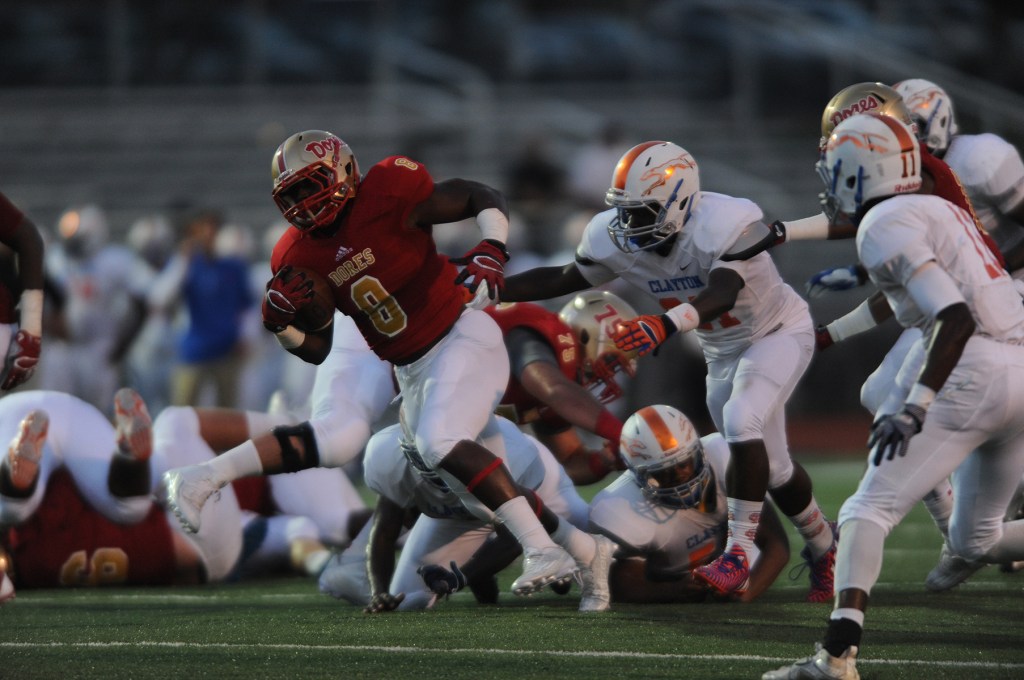 Playing stingy defense under defensive-coordinator-turned-head-coach Eric Robertson is nothing new for Lafayette. It’s the other side of the ball that may be a pleasant surprise for fans who have watched the Commodores in the early part of the season.

Lafayette has rolled up 579 yards and 89 points through its first two games in wins over Horn Lake and Clayton, Missouri. Lafayette (2-0) didn’t reach that point total until its seventh game last season and reached the 34-point mark just three times.

The Commodores’ first two wins were so impressive that Lafayette got enough points from media members around the state to come in as the No. 1-ranked team in Class 4A in the state’s first prep poll released Tuesday.

They’ll try to keep the points coming this Friday against Grenada at William L. Buford Stadium.

“I think our offensive coaches have done a real good job of preparing, and the things we’re doing a little different offensively scheme-wise I think has really helped us,” Robertson said.

The biggest change has been more balance behind first-year quarterback Will Ard, who’s thrown for 287 yards and  four touchdowns in Lafayette’s spread attack. The scheme has leaned heavily toward the running game the past couple of seasons with Devon Thomas at the controls, but Lafayette has opened the offense up with Ard behind center.

That’s not to say the Commodores are a pass-happy juggernaut. Senior running back Tyrell Price (185 yards, five TDs) is still a focal point of the offense behind a senior-laden offensive line, but Ard and some explosive weapons out wide have made defenses pay when too much of their focus is on Price. Rashuan Rockette, who’s strictly a receiver now, already has four touchdown receptions.

“(Ard) has been really efficient, making good choices, reading the defense and delivering a catchable ball,” Robertson said. “The receivers have done a good job of catching it and making some runs after they catch it, which has opened up some things for the running backs. We’ve had solid blocking. We haven’t played the opponents maybe we started out with in the past few years, but still, we’ve executed. Hopefully our guys will just continue to get better.”

Robertson said that execution will have to be better against what he considers the Commodores’ stiffest test to this point in Grenada (2-0), which has outscored its first two opponents, 84-25.

Robertson said the Chargers, who are ranked No. 5 in the 5A classification, are a “really physical football team” who try to wear down their opponents with a bruising running game and feature speed in their 3-3-5 base defense. Grenada, behind sophomore Deon House (308 rushing yards) and senior Davarius Bridges (213), is averaging 8.9 yards per carry.