The origin of the name ‘Ole Miss’ 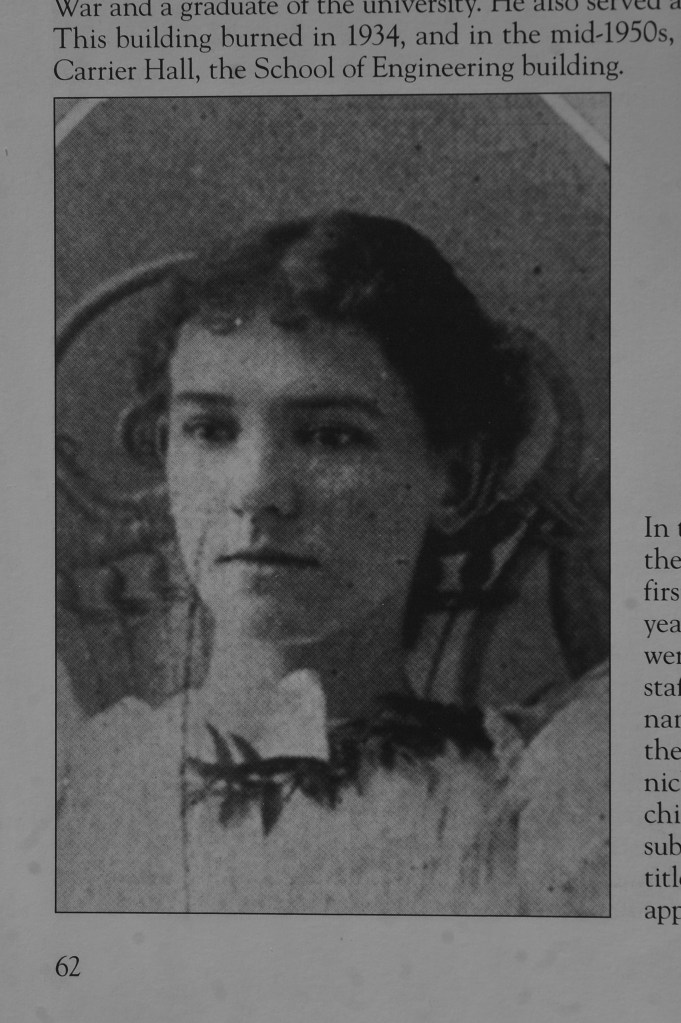 With school starting and the influx of new students to the state university at Oxford, I thought this would be a good time to give a little historical information on how we got the name “Ole Miss.” These new students will forever hold the University of Mississippi in a special place in their heart.

As the story and the legend goes, in 1896 the manager of the football team, Garland Lyell, who was also a law student, along with the Greek organizations decided to publish a yearbook. Lyell was made the first editor and a committee was formed to come up with a name for the new yearbook.

The publication board consisted of the following students, A. Griffin, J.N. Clagett, M.G. Evans, Maud Morrow, J.R. Tipton, E.B. Williams, J.A. Willis, W.M. Hammer, Maurice G. Fulton, and Lynne West. A number of years later, Maud Morrow Brown, by then Miss Morrow had become the wife of Dr. Calvin Brown, a University of Mississippi professor, was quoted as saying, “I was a member of the committee appointed to suggest names suitable for the annual. When our committee met there were several suggestions.

She went on to state, “Mrs. Josie Frazee Cappleman, then of Okolona, but now of Arkansas, a local poetess of note, suggested the ‘Cotton Boll.’ Mr. Willis reported to the committee that he had asked Miss Meek of Oxford for a suggestion, and that Miss Elma Meek had suggested ‘Ole Miss.'”

“The name appealed to us at once and it was adopted at a meeting held in the law building, which stood on the site of today’s Peabody Building.”

In 1948, the centennial of the university, Meek, who was a Delta Gamma, said, “I never dreamed, of course, that the term would grow into such popularity.”

“Ole Miss” was derived from the plantation days in Mississippi. In time, the name would become synonymous with the University of Mississippi.

From time to time we have heard those who do not know the proper term, call Ole Miss “Old Miss” or “Old Mississippi.” But Ole Miss was never an abbreviation. It isn’t even a nickname to most Mississippians; it is proudly our state university.

When the great Charlie Conerly was our fabled quarterback in the late 1940s, a letter was sent to him from a fan in Texas. The letter was addressed to Charlie Conerly, Ole Miss. There was not a town listed or even a state and the United States Postal Service delivered the letter to him at the University of Mississippi campus. By 1948 the nation knew the University of Mississippi by the name that had come about when the students decided that the university needed a yearbook for the 1896-1897 school year.

The first volume of the yearbook was dedicated to the University Greys, and within two years the students and alumni were referring to the University of Mississippi as Ole Miss. The first stanza of our school song, or Alma Mater, is as follows:

Way down South in Mississippi, there’s a spot that ever calls,

Where among the Hills enfolded stand old Alma Mater’s halls.

When the trees loft high their branches to the whispering Southern breeze,

There Ole Miss is calling, calling, to our hearts’ fond memories.

Coach Johnny Vaught, in his 1971 book “Rebel Coach” is quoted, “I learned quickly in Oxford that Ole Miss isn’t a nickname for the university. It is a synonym that goes back to 1896.”