‘Art on the Move’ set 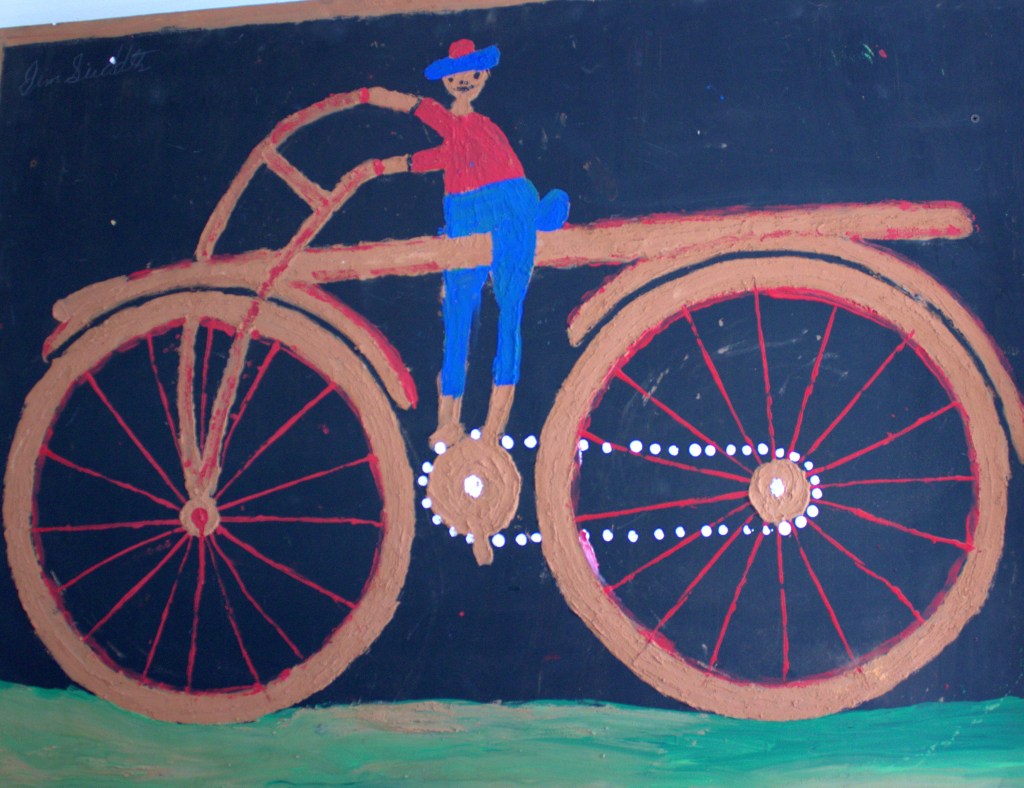 Just a year and a half ago, Walter and Vivian Neill opened their Oxford Treehouse Gallery in a beautiful location on County Road 418, near the junction of Hwy 334. Since then, their reputation has spread among artists, craftsmen, and collectors. But before they were sellers and promoters, even before they were together and had this new idea of opening a gallery, Walter and Vivian were artists and art collectors.

Milly West, another local collector, will be joining Vivian and Walter Neill for a show and sale of selected works from their personal collections. The exhibit titled Art on the Move will open on Friday night at the Oxford Treehouse Gallery. It will continue through Saturday, Oct. 25.

Unlike the protocol for other exhibits, the buyer will be encouraged to take their art purchases with them and will not have to wait until the show is over.

“It’s like from our house to yours,” said Vivian. “We’ve had to come to terms with letting go of some of our collection. It’s personal though. What we really want,” she said, “is to find good homes for our beloved artwork.”

West feels the same way. She has a studio in a converted garage at her house in Oxford called Tres Puertas Gallery. There she features photography and other art of the South and Cuba.

West, former owner of Southside Gallery, formed lasting relationships with artists across the American Southeast and Cuba by traveling to see them to select works for numerous exhibits.

The idea of a joint show came about one day last month when West was volunteering at The Oxford Treehouse Gallery. After the gallery closed, she and Vivian started talking about all the art they owned and how there had to be a time to let go, but how and to whom? Before they knew it, the idea took shape to have a sale for other collectors.

“The Oxford Treehouse has made its reputation on being a place of warmth and learning about art,” said West, “and being there reminds me of my Southside days. We are both blessed to have a lot of artist friends. We both called on our friends when we first opened, and at Southside, opening night in 1993 took on the feel of a red carpet event. Bill Eggleston, probably the world’s best known color photographer, gave us photographs to sell and people were amazed to see him and several of his family members at the opening. Many local artists, also our friends, provided their excellent work as well. Later I had opportunity to buy photos from Martin Dain and Ernest Withers who spoke at the gallery, and from the Eudora Welty Portfolio limited edition.”

Some of the works in from the Neill’s collection include lithographs by Russell Chatham and a photograph by Eudora Welty.

“Vivian and Walter have created a go-to place for art lovers and for collectors,” West said. “I’m delighted to be invited to show some of my collected works with them at their beautiful space.”

“There will be a wide range of prices,” added Vivian, “and a lot to choose from.”

The gallery’s regular hours are 12-6 Thursday-Saturday and always by appointment. It is located at 328 CR 418. For more information and directions, look on the web at oxfordtreehousegallery.com or on facebook under Oxford Treehouse Gallery, or call 662-236-1667.