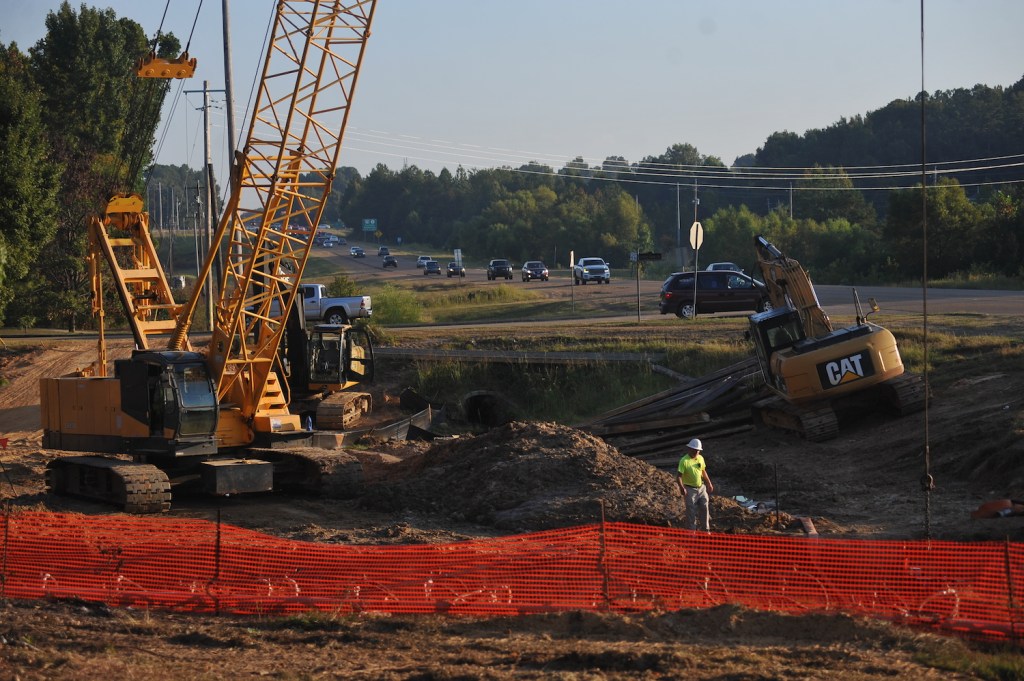 Road construction in Lafayette County will be part of the discussion at an open house for the LOU Transportation Master Plan from 5 to 7 p.m. Thursday at the Oxford Conference Center.

About four years ago, the Mississippi Department of Transportation announced its plans to widen Highway 7 to four lanes of traffic from around Belk Boulevard to the Highway 7/9 split. No exact time was given for construction to begin; however with MDOT actively seeking out the rights-of-way it needs for the project and moving utilities, many local leaders thought the time to break ground was nearing.

However, MDOT District 2 Engineer Mitch Turner said Wednesday there is still no set time for construction.

“We originally hoped to have it going sooner,” he said. “Funding levels have required us to be undetermined on the time schedule.”

Turner said the MDOT response to “When?” is “As funding becomes available.”

Funding already has been set in place for land acquisition and moving utilities and that is why MDOT is moving forward with those stages of the project.

“The larger amount of funds which is the construction phase, are undetermined,” Turner said.

MDOT’s acquisition team currently is still assessing properties and purchasing the land needed for the project, so the project will move forward — eventually.

Lafayette County Supervisor Jeff Busby said MDOT land acquisition teams have been in contact with the county as recently as this week to discuss what property MDOT may have to purchase from the county.

“We are in negotiations,” Busby said Wednesday. “Waiting to see what their acquisition team brings to us and then at that time, we can move forward as a county with projects we want to see move forward.”

The county would more than likely have to relocate a handful of county-owned buildings along the highway once construction begins.

County Planner Larry Britt said he would like to see the widening project move forward.

“We have a lot of growth out that way,” he said. “There are families coming from the south who work in town. It affects the economy and the growth.”

“We didn’t bank on it,” she said. “Those types of projects are out of our control.”

Correll said Vision 2037 would be dealing more with types of land uses and future developments.

“It’s not about changing existing neighborhoods,” she said. “It’s dealing with new development and how the city is going to look.”

Much of Highway 7 is outside of the city limits.

Assistant City Engineer Reanna Mayoral said the city continues to work with MDOT to determine where utility conflicts may exist so the utilities can be relocated out of the way of the future highway widening.

“The city is in the process of relocating portions of the water and sewer lines that run under or along Highway 7, including the sewer trunkline that carries wastewater to the treatment plant on Highway 7,” she said. “We are under contract with Eubanks Construction to complete that work at this time. Oxford Electric is working to relocate portions of their power line, in addition to Northeast Power and AT&T.”