Hyneman wants to be supervisor 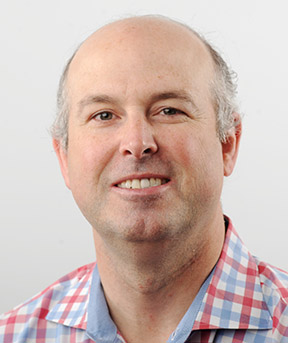 EDITOR’S NOTE: This is the second in a series of stories featuring candidates in the Lafayette County area leading up to the November general election. We will feature those candidates in the contested county supervisor races as well as House District 12 and Senate District 9. The candidates are meeting with the EAGLE in editorial board sit-downs in the coming month.

Supervisor District 1 Independent candidate Brian Hyneman said while he receives his mail at a home inside the city limits, he is a resident of Lafayette County with the county’s best interest at heart and that is why he has chosen to run to sit on the Lafayette County Board of Supervisors.

“This isn’t really about me,” he said. “It’s about we, as in all Lafayette County residents. That’s why people are attracted to Lafayette County — the people. I have a city address and that rings doubt in some as to why I am running. I want to make sure Lafayette County stays the same place for my two children.”

If elected, Hyneman said he hopes to spend the early weeks of his term getting to know the other supervisors and forming important relationships so the board can work together smoothly and efficiently with so many important decisions soon coming up for county officials with the rapid growth of Lafayette County.

“It’s all of us in this together,” he said. “Those currently elected have done a good job so far.”

When it comes to whether or not to implement zoning in the county, Hyneman

said the county is far too diverse to have a blanket answer to zoning.

“I don’t think it’s possible to say zoning or no zoning,” he said. “I don’t think we can say ‘We gotta zone.’ You’re not going to have the same problems in Yocona that you do in a subdivision right outside of the city limits.”

Hyneman believes the current administration made a wise decision to hire Bob Barber with the Orion Planning Group to review the county’s subdivision regulations.

“They probably need to be updated,” he said. “Neighborhoods should control their own through restrictive covenants. Land use restrictions can be put onto deeds. We need every alternative on the table. There’s more than one way to control growth. Many people look at zoning as restrictions. Zoning is a protection so no one does something that hurts your property. But I see that as mainly being an issue two to three miles around the city limits. I understand the arguments for zoning and I understand the argument against it. There is, I’m sure, something in the middle that we can get to.”

Hyneman, who serves on the Oxford Historic Preservation Commission, believes that people who pay taxes should be given the level of service they expect and pay for, including fire protection.

The fire department recently requested being able to have a few full-time paid firefighters on staff to supplement the decreasing number of volunteers but the request was not brought up for a vote by the supervisors.

“When our fire coordinator says we need this, I will do what I can to get it to them,” Hyneman said. “I would hate to tell someone in Lafayette Springs their house couldn’t be saved because we didn’t hire two firemen. I wouldn’t want to explain why.”

Hyneman would like to see more recreational facilities in the county, as well as a way to get more county kids involved in the Oxford Park Commission activities.

“It takes a tank of gas for someone in Lafayette Springs to get to FNC and back,” he said. “More parks and recreational facilities is something I would love to take the lead on if elected. My two boys play in OPC sports. We don’t have any facilities in the county. I don’t think we need to have a separate parks and rec department or build new facilities for just county kids to thumb our nose at anyone, but we should work together and develop more opportunities since many in the county have paid to help build FNC Park.”

Hyneman said he realizes he can’t grant every wish of his constituents or fix every problem or concern they bring to him, but he says he is going to do his best to do all he can.

“Whether it’s a concern about your ditch, or loose dogs, I’ll write it down,” he said. “Everything deserves some effort to try to fix and if I can’t, then people deserve an explanation. My goal in public service is simply to give back. This county gave me a job and ability to raise my kids in a safe place. Every citizen should do something to give back, whether it’s serve on a commission or pick up trash.”