AmTrykes in Action will be an annual event at Ole Miss 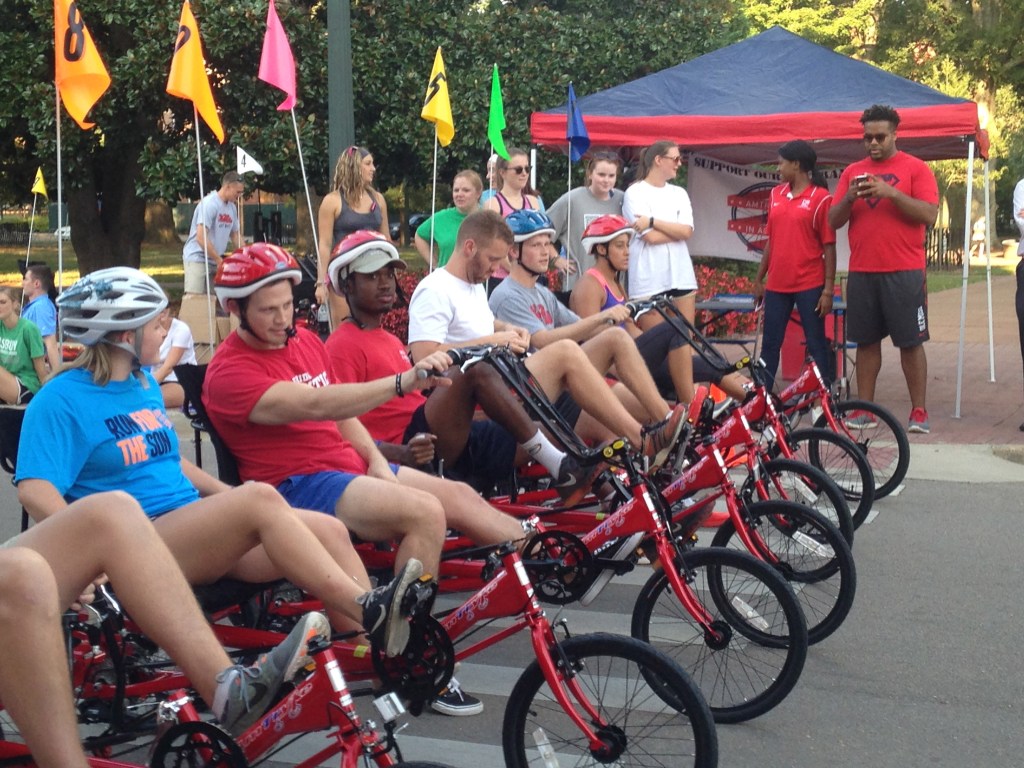 After commemorating veterans during the week of Sept. 11 with a tryke race, AmTrykes in Action has announced the race will be an annual event.

The event was a race around The Circle on the University of Mississippi campus, where several student organizations competed for the fastest time. At the conclusion of the race, each team met the veteran receiving an AmTryke, a cycling vehicle made especially for veterans with disabilities. This time around it was Navy veteran Dan Kline, who was presented with an AmTryke on the field Sept. 12 for the Ole Miss v. Fresno State game.

Brigman helped organize the race as an extension of the AMBUCS charity organization. AMBUCS started manufacturing and donating therapeutic tricycles as a national project through AmTrykes in Action.

“I was asked to speak at a recreational class at Ole Miss to tell them about the Ambucs Vet Initiative,” Brigman said.

“The mission of AMBUCS is providing independence and mobility to individuals with disabilities.”

Brigman’s job is to the find groups to raise money and purchase therapy trikes.

Jaclyn Falzarano, who is in the recreation management master’s program at Ole Miss, said the idea to partner up first came last spring.

“A representative from the Memphis Chapter of the AMBUCS organization spoke to the recreation management master’s students,” Falzarano said. “We learned that AMBUCS has a Veterans Initiative, and we decided to partner with AMBUCS to program an event that would benefit veterans with disabilities.”

Falzarano spoke with her adviser, Kim Beason, about directing the event during the week of the military appreciation football game.

“Many departments across campus were involved in the planning of this event and it would not have been possible without the support we received,” Falzarano said.

“We were excited to have been so well received by the Ole Miss community,” Falzarano added. “We had nearly 80 participants.”