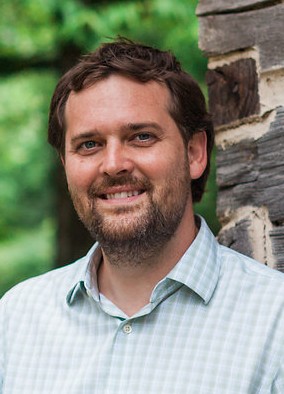 EDITOR’S NOTE: This is the third in a series of stories featuring candidates in the Lafayette County area leading up to the November general election. We will feature those candidates in the contested county supervisor races as well as House District 12 and Senate District 9. The candidates are meeting with the EAGLE in editorial board sit-downs in the coming month.

The best way to control Lafayette County’s growth, according to Supervisor District 1 Democratic candidate Kevin Frye, is through careful planning that involves all county residents.

Frye will go up against Republic candidate Rickey Babb and Independent candidate Brian Hyneman in the Nov. 3 general election.

If elected, Frye will push for the county to begin the process to update its Comprehensive Plan that was passed by supervisors in 2008.

“The projected growth in population in the plan was 53,571 for the year 2020,” Frye said. “We’re already at that number today. The data is out of date. The growth is happening more quickly than people projected.”

With only about 5 percent of land inside the city of Oxford available for development, the growth Oxford has seen recently is quickly spilling out into the county. Some believe it could be time to implement zoning in areas close to the city limits. Others don’t want Lafayette County to look like Oxford in coming years.

“If we’re going to go through a planning process, not just the board should make the decisions,” Frye said. “We need to start a process that involves a variety of different committees, one to look at economic development, housing and land use, where zoning might be discussed but is not the only option to regulate growth.”

Having a plan is important in creating more jobs for county residents as well, Frye said.

“Businesses want some predictability on how the county is going to grow,” he said.

Frye would like to see the community involved in the process to update the Comprehensive Plan.

“People want to have a say in their community,” he said. “Whatever we decide it has to be based on the history of Lafayette County which has a separate identity from Oxford. It should be led by people who live in the county.”

He also believes there is a lot of misinformation about zoning and what it would do or not do.

“There are specific state statues that say if the county were to adopt land-use regulations, they cannot require permit to build a farm, shed or barn,” he said. “No one predicted this population explosion. When you look at the numbers and with the new hospital opening, it will bring more retirees. We need to be proactive and think about it on the front end.”

Frye, who serves on the Oxford Downtown Parking Advisory Commission, said the planning process should address infrastructure and how to improve it so all residents are safe and provided excellent service.

A home was lost recently during a fire in the Steeplechase subdivision. Firefighters said the lack of available volunteer firefighters and water kept them from saving the home.

“The fire department needs to be fully supported and we need to work with them to find out what they need. I’d like to see the central fire station go full time at least,” he said. “We need to work with water associations county-wide. Many don’t have the necessary water structure to provide enough water. During the Comprehensive Plan process, we need to look at roads and bridges, but also water and natural gas and expanded telecommunication in the county.”

Frye said he believes in open government and that more county business should be conducted in meetings where the people who elected them can attend.

“The supervisor meetings should all be in the evening so everyone who is able to attend can do so,” he said. “The supervisors serve the citizens of Lafayette County and I think it’s important for anyone to come if they want to come.”

Like his opponents, Frye would like to see more recreational facilities in the county, including a multipurpose building and believes the county should have funds set aside for projects county leaders feel are important for the quality of life of their constituents.

“A multipurpose building would be important to this community,” he said. “The issue is finding a way to pay for it. There may be other funding options, grant dollars. We have some nice, big businesses that could partner with us. Right now, we’re sending people out of the county to attend events we could be having here.”