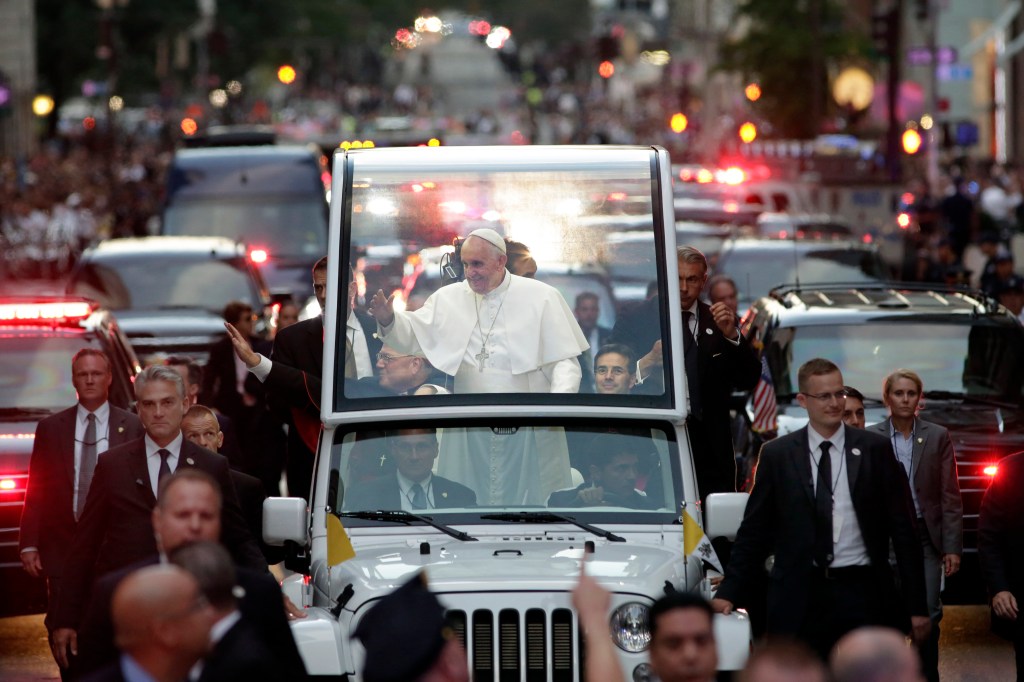 Since the pope did not come to Mississippi, some Mississippians decided to go to him.

Betsey Sawyer, an Oxford resident was Sen. Roger Wicker’s guest Wednesday while Pope Francis was at the White House.

The 28-year-old attorney and University of Mississippi professor was thrilled to be there and said she was in the sixth row when President Barack Obama introduced the pope to the large crowd outside the White House.

“It was lovely,” she said. “President Obama introduced him, which was just a fantastic introduction. He was very humble, very kind and very welcoming. For Catholics and non-Catholics alike, it was such an honor to have him here.”

Sawyer, who is a Catholic, said Pope Francis then spoke for about 15 minutes about his trip and being in America.

Sawyer said one of the more exciting elements about the White House portion of the pope’s visit was people from all around the world were right there in D.C. for the visit.

“Everybody was together and it was just really beautiful,” she said.

On Thursday Sawyer gathered with her mom and brother to watch from the U.S. Capital’s lawn and view screens set up while Pope Francis was speaking before a joint session of Congress. She said he spoke for about 45 minutes to an hour.

“He talked about anything dealing with humanity, especially today,” she said Thursday. “The humility he exudes and the kindness and openness he has to all walks of life is remarkable, as is the kindness and dedication to what he does and what he believes.”

Sawyer said the pope has touched so many lives in such a short period of time, and “you could just feel the energy. There’s so much spirit and excitement about him.”

Francis left D.C. on Thursday to head to St. Patrick’s Cathedral in New York City for Mass. On Saturday and Sunday he will be in Philadelphia for the World Meeting of Families. Sawyer said it’s not often that meeting is in the U.S., and it’s a big deal that he’s there and people from all over the country are headed to Philadelphia right now for it.

Heading to Philadelphia this morning is Chris Koban an Oxford resident and member of St. John the Evangelist Catholic Church.

The retired 63-year-old heard Sawyer talk about heading to Philadelphia by herself, so she booked her travel to join her, but plans changed. Sawyer said that was just fine and she is really looking forward to the trip.

Koban is staying near where the pope will be speaking and especially hopes to see him in his motorcade. She even picked up a see-through backpack, which his security detail wants all onlookers and visitors to use.

“I’m going to see the pope probably on a jumbotron if I’m lucky,” she said. “I don’t have tickets to get anywhere near him.”

She hopes to participate when he says Mass on Benjamin Franklin Parkway.

“I got to see Pope John Paul twice and one time I got to see him in New York City, and we were just so lucky to be with a priest and some nuns who knew how to talk to people and we ended up right in front. We were so close we could see him and it was just wonderful.”

She saw him again in St. Louis on a jumbotron in a convention center.

“I still remember that with fond memories,” she said.

Koban has been ready for the trip since February and is eager to be with thousands of fellow Catholics and potentially seeing Pope Francis in the “popemobile.”

“Even if I don’t get to see him, I just figure it will be fun to be elbow to elbow with a million other people,” she said. “I’m really anxious to see what it will be like if I actually get to see him.”