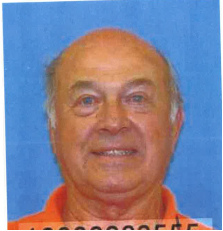 UPDATE AT 12:20 p.m.: The Mississippi Bureau of Investigation cancels a Silver Alert issued yesterday (Sept. 26th). The subject of that alert, 72-year-old Dean Parker Hollowell of Olive Branch, has been located and is deceased.

The Mississippi Bureau of Investigation has issued a Silver Alert for 72-year-old Dean Parker Hollowell of Olive Branch. Mr. Hollowell is described as a white male, six feet tall, weighing 200 pounds, is balding with gray hair and blue eyes. He was last seen today about 5:15 a.m. in the 4700 block of Stone Park Boulevard in Olive Branch and is believed to be driving a 2002 Cadillac Seville bearing Mississippi license plate DCQ 951. He was last seen wearing dark green cargo shorts, a polo shirt and brown Crocs. Family members say Mr. Hollowell suffers from medical conditions that may impair his judgement. Anyone with information regarding the whereabouts of Dean Parker Hollowell should contact the Olive Branch Police Department at 662-895-4111.

AmTrykes in Action will be an annual event at…