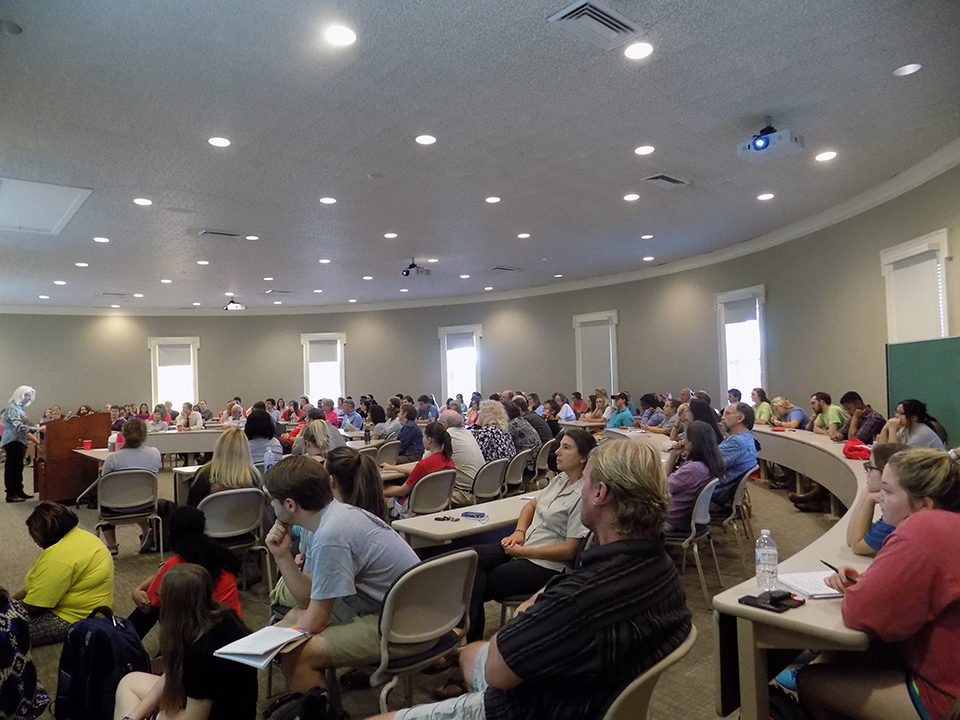 Scholar Blaire Van Valkenburgh is a professor at the University of California at Los Angeles where she studies evolution of form, function and ecology in organisms, both living and extinct.

“Professor Van Valkenburgh’s talk seemed like it would be interesting to general audiences, but also appealing both to anthropology and biology students,” said Molly Claire Pasco-Pranger, current president of the Phi Beta Kappa chapter at the University of Mississippi.

Van Valkenburgh talked about her research of “hyper-carnivore” mammals in prehistoric and present day. Those types of mammals consume more than 70 percent meat in their diets. She said research such as hers helps paint a picture of how the world and its inhabitants have evolved over time.

Over the years she has compared tooth fragments of a range of carnivorous extinct and non-extinct animals to draw conclusions on modern-day ecology and man’s impact on the environment.

Pasco-Pranger said the visiting scholars not only give a public lecture, but also participate in classes and meet with students and faculty informally throughout their visit.

“Our chapter (Beta of Mississippi) has benefitted from this program about every other year,” she said.

Pasco-Pranger added that Van Valkenburgh also met with an anthropology class and biology class as well as a group of honors students over the course of the week.

The organization’s Visiting Scholars program is a service it provides the Ole Miss chapter, and has been a tradition on the national level since the mid-1950s. Each year, a group of possible scholars are chosen from about a dozen nationally and internationally recognized scholars and are offered to chapters who can then apply to host a scholar for a two-day campus visit.

University chapters that are located in smaller towns in America are given priority in order to provide exceptional scholars to areas that might not be competitive with funding.

The resident members of the Ole Miss chapter look over the slate of possible visitors and decide on two or three that seem a good fit for campus.

“We think about the strengths of our own programs and what topics might draw a lot of interest, but we also think about what fields our most recent visitors have been in,” said Pasco-Pranger.

Pasco-Pranger said the chapter tries to go for variety and accessibility to multiple audiences.

“It’s often hard to choose, though,” she said, “so many of the topics look interesting.”

To learn more about Phi Beta Kappa and future lecture topics and speakers, the Ole Miss chapter is hosting a panel session on the organization and its involvement on campus Thursday at 6 p.m. in Bryant 209.