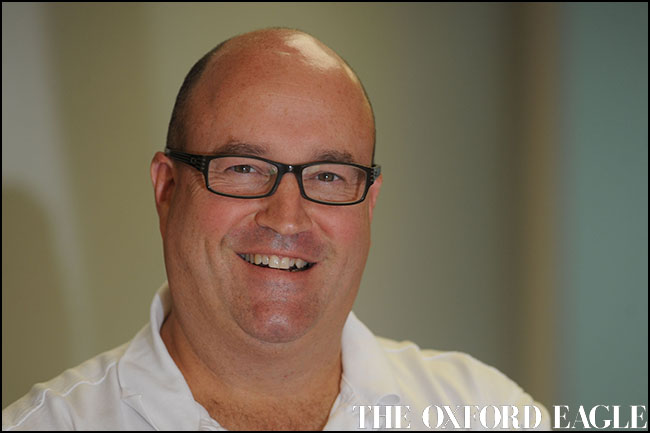 Flying under the radar when it comes to big city cuisine, Oxford is home to the state’s only James Beard Foundation award-winning chef, John Currence, who received the Tourism Investment Award at the Mississippi Governor’s Conference on Tourism Tuesday.

Founder of City Grocery Restaurant Group, Currence has placed Oxford on the map as a premier culinary destination.

Since he opened his first restaurant, City Grocery, on the historic Oxford Square more than 20 years ago, Currence continues to gain recognition by numerous publishers such as Garden & Gun, Southern Living, The New York Times, The Wall Street Journal and Bon Appetit.

Currence has appeared on Bravo’s Top Chef Masters and Bizarre Foods with Andrew Zimmern and has received many awards, including the Southern Foodways Alliance Guardian of Tradition Award.

He was also the winner of the 2008 Great American Seafood Cook-off in New Orleans.