Gordon wants to be District 3 supervisor 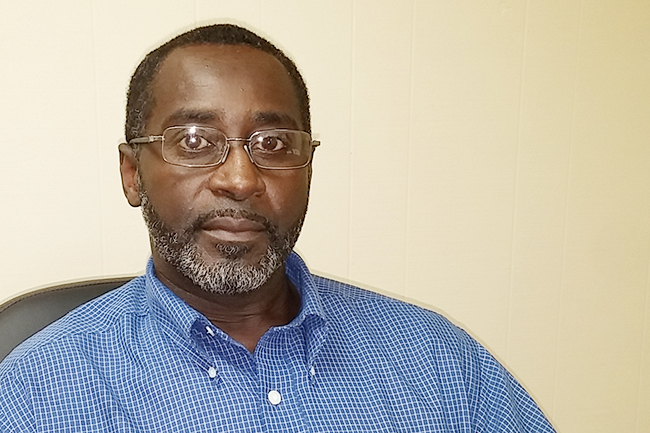 EDITOR’S NOTE: This is the fifth in a series of stories featuring candidates in the Lafayette County area leading up to the November general election. We will feature those candidates in the contested county supervisor races as well as House District 12 and Senate District 9. The candidates are meeting with the EAGLE in editorial board sit-downs in the coming month.

Dale Timothy Gordon said when he is elected the next supervisor of District 3 in Lafayette County, he would like to stay the course and work with the other members of the board to make Lafayette County even better. He admits it will be a learning experience, but is willing to gain knowledge and “be the best supervisor that ever came through.”

Gordon believes a supervisor is a full-time responsibility that should be taken seriously and his vision is to give back to the community.

“I want to work towards putting something back in the community, like walking trails, biking paths and public transportation,” Gordon said. “They’re not new ideas, but when people think in the same direction and see a need, we can make it better.”

Gordon believes public transportation in the county is important for the elderly, as well as students. In particular, residents who live near Abbeville who may not be able to or capable of making their way into Oxford. Public transportation could solve that problem.

“I want to make sure people get a fair opportunity to be transported back and forth,” Gordon said. “It would allow people to come into town and it would mean less traffic. Elderly people could get the doctor and grocery stores. It would give college students who do not have vehicles a chance to get back and forth to school.”

“Whatever it takes to give back to the community because they deserve it,” Gordon said.

He believes walking trails and bike paths would improve the health of the community, as well as provide children who currently ride their bikes on busy county roads a safer environment.

“Mississippi is second or third in the nation in obesity,” Gordon said. “The only way to fix that is to put something like walking trails and bike paths there for people to use. I know people are walking on Highway 7 all the time to get exercise and if a car were to lose control and hit them, it would be tragic.”

Gordon admits there is plenty of growth in the county that needs to be controlled, but he would like for it to be regulated.

“We need to continue doing what we’ve been doing for over the last 50 or 60 years through regulation and address problems when they come up,” Gordon said. He believes there should be regulations for mobile homes in certain areas and subdivisions in certain areas.

“What I hear is that people buy a piece of property to build their home, they don’t want to have to buy more property next to them to keep out what they don’t want next door,” Gordon said. “We don’t need mobile home parks next to expensive houses. So we should come up with some kind of regulations to prevent that from happening.”

He said some zoning in the county may or may not be the answer, but would like for the people to decide through a referendum.

To make the county safer, Gordon would like to see a first response team in the communities to supplement the volunteer first responders because “we never know when we may have a county-wide disaster. And rather than wait for help, this team would already be in place.”

Gordon would like to see full-time paid firefighters protecting the county. “It’s something that seems to be needed,” Gordon said. “But the question will come up, can we afford it? I say when you’re talking about saving people, then the cost shouldn’t be a factor. I think we should look closely at it and do what is necessary to make sure the county is safe with the equipment and manpower that is needed.”

Gordon said a multipurpose building should also be considered for county use. He added that the funds from the sale of the hospital should be set aside and, “don’t spend it just to use it. Let it draw interest until there is a need for it. We don’t need get into wasteful spending.”