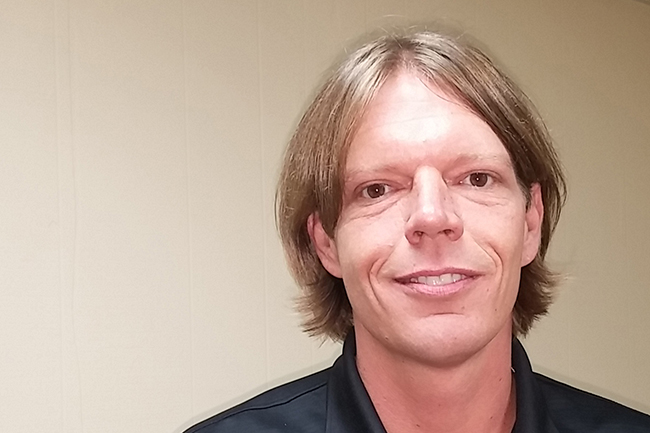 EDITOR’S NOTE: This is the sixth in a series of stories featuring candidates in the Lafayette County area leading up to the November general election. We will feature those candidates in the contested county supervisor races as well as House District 12 and Senate District 9. The candidates are meeting with the EAGLE in editorial board sit-downs in the coming month.

Admittedly, Zach Carey is not a politician and that is why he is getting into the race to be the next supervisor for District 3 in Lafayette County.

The Independent candidate will face Democrat Dale Timothy Gordon and Republican David Rikard in the general election on Nov. 3.

“I’m not a politician. I just want some representation for the people because I feel like the citizens are not getting represented,” Carey said. “I’m not from here. I don’t have cousins, a mama, daddy or granddaddy from here. I’m not part of the good ol’ boy network so there’s no one giving me money for free.”

Carey moved to Lafayette County in 2006 after growing up in DeSoto County.

“I just fell in love with Lafayette County and never left,” Carey said. “But I think the county needs to be protected from the city, not the other way around. My main concern is that with growth comes infrastructure and with infrastructure comes more taxes. You can’t stop growth, and I understand that, but I don’t understand the giddiness about this growth. I like the way the county looks now and if I wanted it to look like the city, I would have moved into the city. Growth is not always what it’s cracked up to be. Look at DeSoto County. I like it when I leave DeSoto County.”

Although he’s not in favor of zoning, Carey said, “we’re going to have to have zoning at some point in certain areas of the county.”

He suggests zoning districts in the county.

“It’s necessary as far as businesses are concerned and it’s got to be planned,” Carey said. “I don’t want everyone doing cartwheels about growth and years from now see that’s it too late.”

Carey said a major obstacle for residents is that there’s no communication between the supervisors and their constituents.

“No one has ever asked me my opinion or what I want,” Carey said. “Most people just don’t care. Even in presidential elections, half the country doesn’t even bother to show up and vote. But if people don’t care enough to research the candidates, then they get what is coming.”

To better inform residents, Carey believes supervisor meetings should be in the evening, rather than in the morning to allow more residents the chance to attend.

Carey also said it seems the supervisors have determined how they’re going to vote before the meetings are held.

“I’ve done research over the last two years and looked at the minutes, and as far as I can see, their minds are already made up,” Carey said. “There’s not back and forth in the meetings. The only ‘no vote’ I have ever noticed is from Mike Pickens and that’s a problem.”

Carey would like to see more done for veterans. “We spent more on elections than we did on veterans last year.”

Carey favors paid firemen in the county and says it will cost more money. “But let your house burn down and see how important it is,” Carey said.

He said if the residents want to absorb the cost of a multipurpose building, parks and other recreation facilities, he would vote for it.

How to use the money from the sale of Baptist hospital should be up to the people, according to Carey.

“Let the people vote on what they would like to do,” Carey said. “I want public input. The county’s number one problem is people in office allowing public input is nonexistent.

“This job was never designed for career politicians. You should serve one or two terms and then go back on your farm, or wherever.”

Carey said if elected, he would only serve two terms at most. He wants to ensure he spends time with family, church and keeps involved with his Kairos prison ministry.