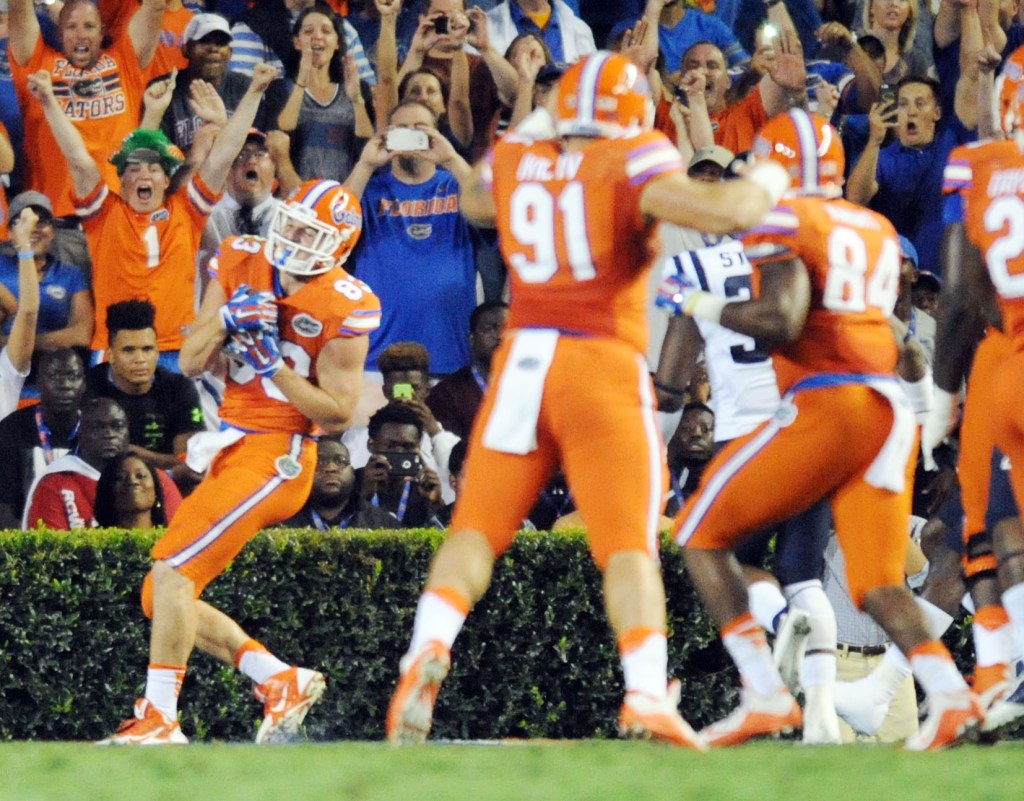 GAINESVILLE, Fla. — The key to Florida’s 38–10 victory over Ole Miss was quarterback Will Grier and the Gator passing attack.

Grier was the first Gator to pass for four touchdowns in one half since Chris Leak in 2004. The Ole Miss secondary seemed to have no answer for the short, underneath passes that Grier completed in crucial situations, which in turn opened up the long touchdown passes for Florida. Grier’s four touchdowns went for 36, 2, 77, and 15 yards, respectively, and went to four different receivers.

“They did some good things, and we blew some coverages,” Freeze said. “We had some checks that were not communicated exactly correctly and did not tackle particularly well. I thought we did better in the second half. We had to take some gambles that gave them some shorter fields, but I thought our defense played better after halftime.”

Defensive coordinator Dave Wommack stated that he wants his defense to take responsibility for its miscues and work to overcome them.

“I think it’s about everybody taking responsibility and doing the little things,” Wommack said. “From the coaches to the players and on down the line, we have to be more consistent with what we are doing. We were playing catch-up for most of the game, so we have got to fix those things and get off of the field. And I give credit to Florida, they did a great job.”

Grier finished the night 24-for-29 for 271 yards, four touchdowns and no turnovers. When asked if Florida had done anything that the Rebel defense had not prepared for, Wommack made no excuses.

“I don’t know that they were doing anything (that we had not prepared for), I just think that we need to simplify back and do some things that we execute better defensively,” Wommack said. “They were not a tempo offense, they just knew what they wanted to do against our looks, and they did I think, especially in the first half. I think it was more execution on our part. Not to take anything away from them because they beat us on some stuff, man-to-man specifically.”

The Rebels also had issues with tackling in the open field, something senior safety Mike Hilton spoke to after the game.

“Everything was fluctuating really,” Hilton said. “From missed assignments to missed tackles, just everything kind of piled on top of us, and we did not bounce back well, which showed.”
Hilton credited Grier and the Gator offense for taking advantage of the opportunities that they were given.

“He was really moving in the pocket, giving himself time,” Hilton said. “And his receivers were making plays on the ball in the air. They took advantage and really attacked the football.”