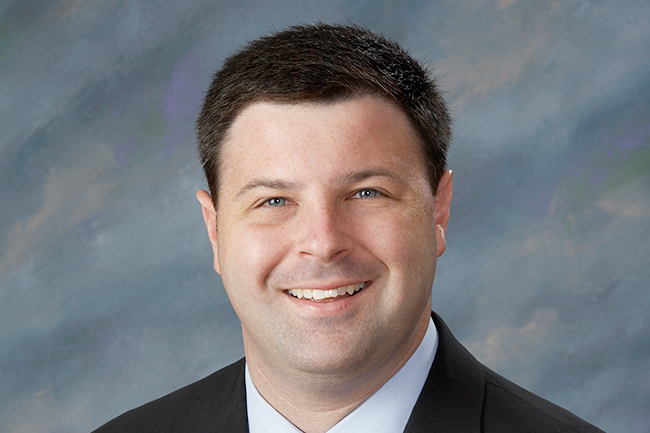 Brad Mayo is running for re-election.

Brad Mayo’s family has been in Lafayette County for more than a century, and he believes his deep roots in the area make him the best person to lead the residents of House District 12.

The 35-year-old Oxford resident currently has the House of Representatives seat, is a Republican and believes the Republican party is the one that gets things done in Jackson. He also wants to be the one continuing to get things done for the residents of Lafayette County.

Mayo has a record of service to the community, starting as an Oxford alderman, and now serving his first term in the House where he has gotten several bills passed.

One bill he led to passage allows high school graduates who apply to community college or a four-year university to purchase their school-issued laptops for $1.

Another bill he worked on with a representative from the Delta was to provide incentives, including full tuition, to those high-schoolers who achieve a 28 or above on the ACT and commit to teaching in the state for a certain amount of time post-graduation.

Mayo also is proud of bringing in $3 million for the West Oxford Loop road extension project and other funds for Oxfords thoroughfares.

“I was able to use personal relationships and political capital I had built up, and I expect to continue to do that,” to make a difference and bring funding back home, he said.

Bringing funding home and keeping it home is not something Mayo said will happen if Initiative 42 passes.

“I’m prepared to do what needs to be done if passed, but I’m not going to go vote for it,” he said.

Mayo said the way the initiative is worded is dangerous and it will cause residents to reach further into their pockets and prompt the state to cut many government jobs. He said the initiative does not give clear guidelines and instructions and will be up to the interpretation of a judge.

“I will never contend Initiative 42 equals fully funding MAEP,” he said about the Mississippi Adequate Education Program, which is the state formula used to establish adequate funding levels for school districts using data.

“You’re just choosing something elusive. I’m hearing from people who signed the petition for it that they want to change their vote now that they’ve read the initiative. Jobs will have to be cut or taxes will have to be raised by 7.8 percent.”

Mayo said there are 1,000 state jobs at North Mississippi Regional Center and 4,500 full- and part-time employees at the University of Mississippi, and if Initiative 42 passes, it could mean the university would cut 50 jobs and freeze faculty hiring.

While Mayo said Initiative 42 is not the answer, he is “very proud” of some education bills passed a couple years ago, including  the third-grade reading gate.

“It was the strongest legislation since the governor’s reform package in the ’80s,” he said.

He said the third-grate reading gate, which ensures children are on target to “learn to read before they have to read to learn,” was not a quick fix but is a step in the right direction. As is the $100 million appropriated for teacher pay raises and the total $300 million more that’s been allocated out of state coffers into education funding since he’s been in office.

Mayo also said he wants to look at high school programs and give all students “a pathway to the future.”

“We have got to give children options starting in seventh or eighth grade other than college,” he said. “We need to prepare them to succeed at life.”

He said at the end of the day, it’s local funding for initiatives, fundraisers and various efforts that make things succeed, including school systems. He said two of the top-performing school districts in the state spend less than the MAEP average.

“I see what teachers do out of their own pockets and where they go above and beyond to help children,” he said. “If we can take the burden off them we need to. Communities that want to succeed will find a way to succeed.”

OUT IN THE MIDDLE: Defense takes another blow with…