A man allegedly trying to steal a TV led Oxford police officers on a chase down West Jackson Avenue Wednesday.

According to the Oxford Police Department, Michael Moore, 31, and Tikeyra Sims, 26, both of Oxford, were at the Oxford Walmart Wednesday where they were trying to steal televisions when they were spotted by Walmart employees.

Moore was pushing a TV out of the store when he noticed Walmart employees approach him. He ran away on foot. OPD officers spotted him running down Jackson Avenue and pursued on foot. Metro Narcotics agents apprehended him on Hathorn Road.

While officers were dealing with Moore, Walmart employees stopped Sims who was also attempting to go outside with another television. Investigators found another stolen TV in her car.

The two were taken to the Lafayette County Detention Center where Moore was booked on a $1,500 bond and Sims on a $2,500. 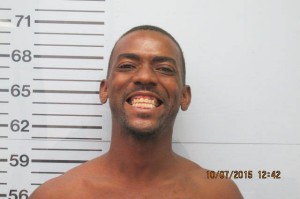 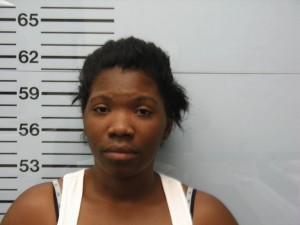 The University of Mississippi Police Department is still investigating an alleged sexual battery that was reported Monday to officers.

The alleged victim said that on Sept. 12, a male suspect raped her at Kincannon Hall. No arrests have been made. The case is under investigation and no other details were made available by UPD.

2 speeding and possession of drug paraphernalia

1 failure to yield and DUI

1 no driver’s license and expired tag

Writ to take into custody

At 9:11 p.m. responded to Boneheads (1801 West Jackson Ave.) when an employee accidentally hit the fire alarm in the kitchen.

At 9:35 p.m. responded to The Village Bldg. 108 Apt. 3 when spraying bug spray activated the smoke detector.

At 1:11 a.m. Thursday had a grass fire at the intersection of County Roads 354 and 325 and it was extinguished.