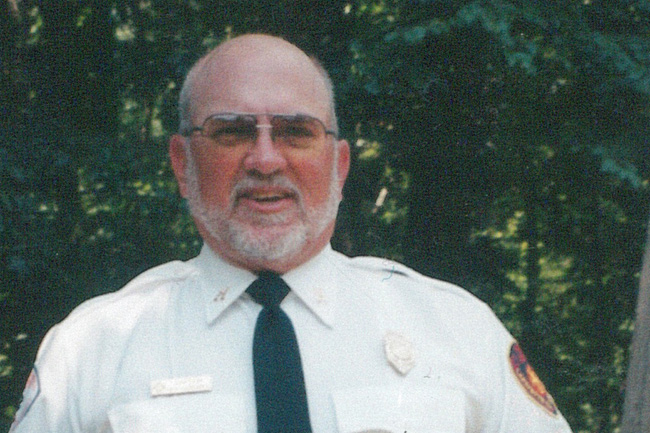 Some people spend most of their lives taking care of their immediate family and when time, themselves. Roy Rex Hardwick spent most of his life caring for a rather large family — the entire Harmontown community.

A volunteer firefighter with the Lafayette County Volunteer Fire Department for 25-plus years, Hardwick is credited with forming the Lafayette County EMS First Responders more than 20 years ago which plays a vital role in keeping Harmontown residents stable while waiting for an ambulance to arrive all the way from Baptist Memorial Hospital-North Mississippi in Oxford.

The EMRs were part of the fire department many years ago when the two separated. Hardwick took over the EMRs, putting in his own money and getting the organization back up and running.

“He cannot be replaced,” said his friend and fellow first responder Bobby McCain. “We’re going to carry on, but he did everything for us. He didn’t delegate much.”

Born in Memphis, Hardwick lived in the Harmontown area since 1974. When not saving lives or homes, he was a construction superintendent with Patton Taylor Enterprises until he retired.

An emergency medical responder is someone who responds to a medical crisis that keeps the patient calm and in a stable position until the ambulance arrives.

Due to his back issues in the last few months, Hardwick wasn’t able to actively respond to calls as much as he used to, but that didn’t keep him from taking care of business.

“He was still involved in the administration and looked over everything,” Johnson said. “Our hope is the rest of the group will step up and try to fill the gap that’s been left with his death. And I’m sure there are people there capable of doing it. But Rex could never be replaced.”

Hardwick leaves behind his wife, Glenda H. Hardwick of Harmontown, and their two adult children, Hagan and Jennifer.

“Lafayette County has lost a great asset and a wonderful man,” Deal said.

Funeral services will be held at 2 p.m. Saturday  at Como United Methodist Church with the Rev. Phillip Dearman officiating. Interment will be in Free Springs Cemetery. Visitation will be Saturday from noon until service time at the church.