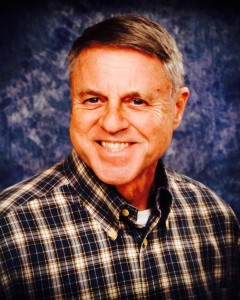 On Saturday, Oct. 8, 1988, in my Cape Girardeau, Missouri, apartment, preparing for a job interview on the Ole Miss campus that next month in November with possible entrance into the Ph.D., counseling program (both were successful), I watched coach Billy Brewer’s unranked Ole Miss Rebel football team defeat No. 12 Alabama in Tuscaloosa on their homecoming, 22-12.

The first game of our series with SEC opponent Alabama was played in Jackson on Oct. 27, 1894, and won by Ole Miss — 94 years later we would post that first win in Tuscaloosa.

Granted, we don’t play Alabama every year — in fact 63 times, with Bama lopsidedly leading the series 48-11-2 (51-10-2) without NCAA forfeits, nevertheless, in that 121-year stretch we have just two wins out of 28 games played in Tuscaloosa.

Those two victories over Alabama in Tuscaloosa, and first-ever back-to-back wins, were earth-shaking to the Rebel Nation and perhaps football world and this past Sept. 27 edition of “Sports Illustrated” featured Ole Miss on the cover — awesome! Then (SI Jinx?) we “escaped” Vanderbilt here 27-16 vaulting us to No. 3 in the nation, then flip-flopped with an ugly loss at Florida 38-10 dropping our ranking to No. 14 but getting that inevitable (last?) defeat out of the way; I’ll take the win over Alabama any day.

Perhaps we shook off that nasty gator-bite in Florida and got back on track yesterday for our Homecoming game against the New Mexico State Aggies (our first meeting on the gridiron) and hope we did not overlook this Sun Belt team from Las Cruces with an 0-4 record, coached by Kentucky graduate (familiar with the SEC) Doug Martin, and the fact that they were swimming in shark-infested Vaught-Hemingway Stadium.

For whatever reason, I am constantly reminded of previous girlfriends. While in Missouri, I dated a lady from La Cruces whose dad was a professor at New Mexico State. New Mexico was an alien, but beautiful place for me, with few trees, rock yards, Swamp Coolers for air conditioning which allowed the windows and doors to be open, tarantulas and scorpions everywhere, and high humidity was around 5 percent; I loved it.

Now, not only am I an Ole Miss Rebel but a “Cradle Catholic.” Being a Cradle Catholic means my family into which I was born, was Catholic. In fact, the entire block across the street from our house in southern Missouri, a few miles from the Mississippi River, contained the church, convent, rectory and small grade and high school.

We young “mackerel snappers” were required to attend Mass every day before school (and Sunday) and one would think that this must have placed us/me near sainthood…oh but not so, not so! In fact, I abhorred having to sit reverently still in church and our principal, Sister Wilma, placed me in front of her so she could tug at my shirt to shut my mouth or get my head squared to the front.

Although I now attend daily Mass “voluntarily” and am involved with our church, my faith remains a challenge for me, but many of you such as Coach Mike Bianco, have helped this process as I (and others) observe the inspiring things that you do every day — you know who you are, so thanks and keep it up!

In summation — I love our Rebels and all sports, but to put this in perspective, on Tuesday, Sept. 22, Pope Francis arrived in the United States for his first awesome visit and my feelings of joy and love for our humble Holy Father and my Catholic faith, far exceeded that which I felt for the Alabama wins or any other because one is a game, the other is life.

Peace out, have a swell Homecoming weekend — GO REBELS!

Steve Stricker received his Ph.D. in Counselor Education from Ole Miss. He can be reached at sstricke@olemiss.edu.

Asylum and graveyard theme of 2015 Haunted Forest in…