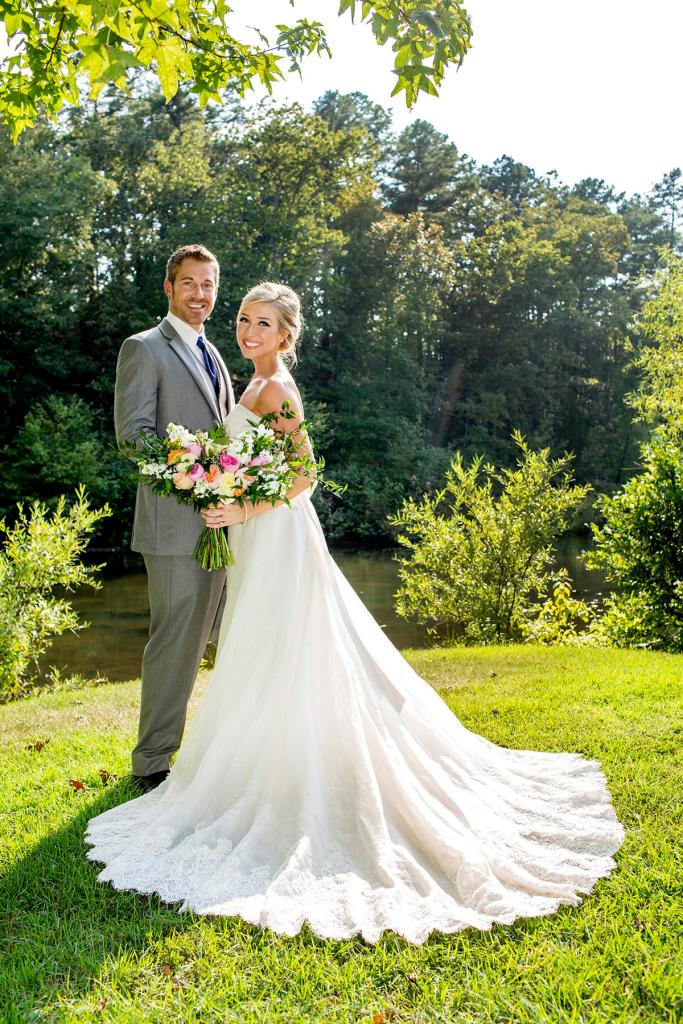 The wedding was held at the stone gazebo overlooking the lake. During the ceremony, the bride and groom took traditional vows and also recited personal vows.

The bride was escorted by her parents, Dr. Del and Rita Hawley of Oxford. She wore a strapless, silk organza dress with lace bodice and hem detail.

The bride’s attendants were Jill Newbolt of Mena, Arkansas, Abby Frink of Oxford, Cecily Hill of Fairhope, Alabama, Claire Herndon of Columbus and Joanna Schavrien of Gulfport. They wore pale pink dresses and carried bouquets of white, pink and coral garden roses with accents of ranunculus, stock, freesia and hypericum.

The groom is the son of Buddy and Connie Newbolt of Mena. Attendants were Clayton Newbolt of Mena, Eric Hawley of Oxford, Allan Lindy of Mena, Ross Blagg of Mountain Home, Arkansas, and Clinton Ryan of Mena. They wore grey suits with navy blue ties and boutonnieres of coral roses with peach hypericum.

The bride is a news anchor for KATV in Little Rock. An Oxford High School graduate, she earned a Bachelor of Arts in journalism from the University of Mississippi.