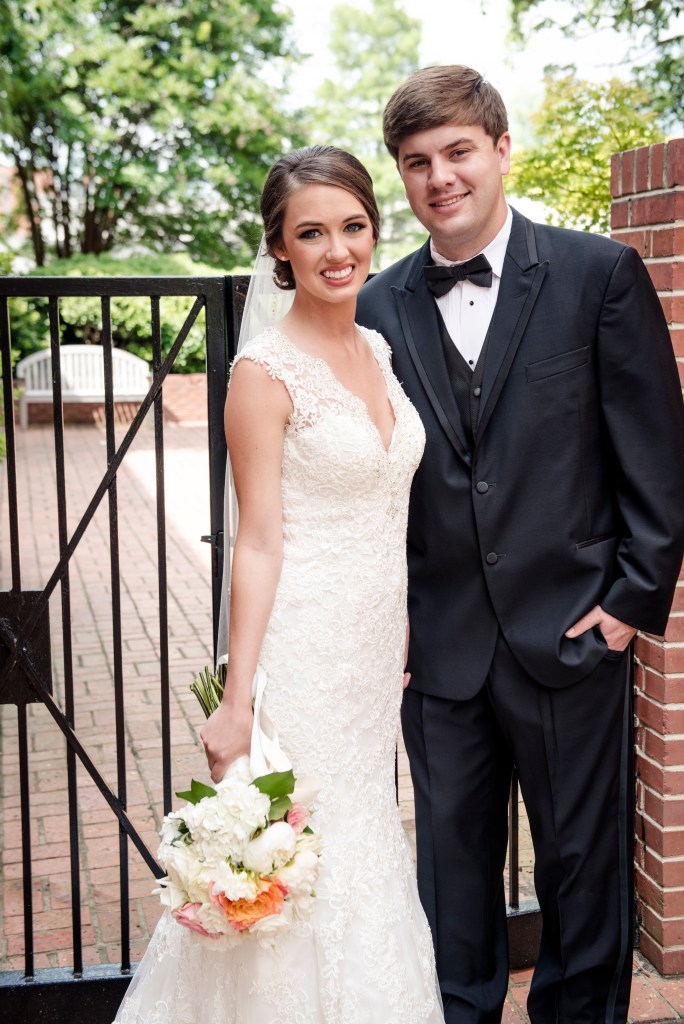 Robert Andrew Whalen and Emily Cathryn Snellgrove were united in marriage at 5:30 p.m. on June 6, 2015, at First Presbyterian Church in Oxford. The Rev. John Semmes performed the double-ring ceremony.

Escorted by her father, the bride wore an ivory lace gown accented with crystal beading. Complementing the bride’s ensemble was bouquet of white tea roses, white hydrangeas and coral garden roses wrapped in lace from the wedding dress worn by her mother and grandmother.

Following the ceremony a reception was held at The Lyric Oxford. Guests danced to the Motown music of The Beale Street All-Stars. The bridal cake was adorned with flowers complementing the bridal bouquet while the bridegroom’s chocolate cake was topped with a Peter’s Pottery bulldog representing the couple’s alma mater, Mississippi State University.

On the eve of the wedding the bridegroom’s parents honored the couple with a rehearsal dinner at the Oxford University Club.

After a honeymoon trip to St. Lucia, the couple is at home in Cleveland where the groom is employed as a loan officer with Planters Bank.