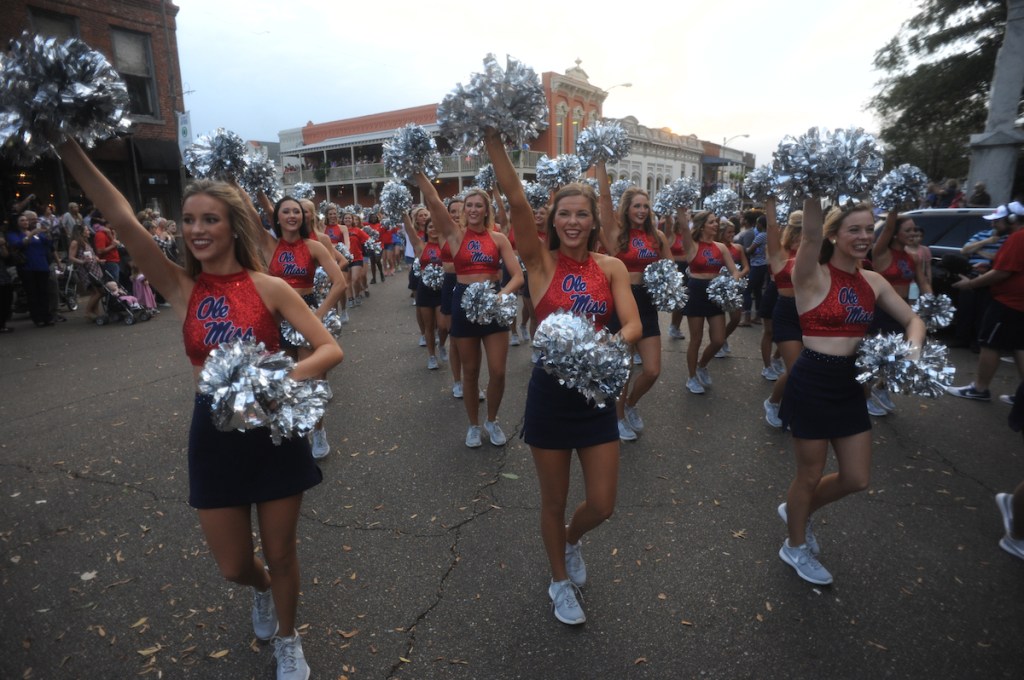 The Ole Miss band marcxhes through the Square during the Homecoming Parade in Oxford, Miss. on Friday, October 9, 2015.

Saturday’s homecoming game against the New Mexico State Aggies didn’t bring in as many visitors to Oxford as a SEC game generally does, but those who came seemed to make a weekend out of it.

The game started at 11 a.m. With the game being so early, some say it encourages people to come into town early and make it a full weekend in Oxford.

Kickoff time for the next home game on Oct. 24 against Texas A&M will be announced later today.

said she didn’t have hard data back from hotels and restaurants this morning, but through word-of-mouth, heard a lot of people came into town Friday for the game and left Sunday.

“It seems with the earlier games more people stay two nights, rather than one,” she said. “I had my own guests from out of town do that as well. I do think it’s good for tourism when the games are earlier. But it can vary, of course.”

The Airport at Ole Miss was a flurry of activity Friday, according to line technician Julie March.

“The bulk of the airplane rush was definitely Friday,” March said. “We had a lot leave Saturday though but there were still planes leaving Sunday.”

March said overall the weekend was a little quieter than the last couple of home games.

Oxford Police Maj. Jeff McCutchen said the weekend was busy for his department as it is with any home football game but nothing out of the ordinary.

“It was a normal football weekend,” he said this morning. “Whether it’s morning or a night game, it’s really about the same. We still have a large crowd on the Square. The only significant difference is the traffic.”

McCutchen said there were 21 wrecks over the weekend but no major ones except a car at the corner of Jackson Avenue and Rebel Drive struck one pedestrian.

“They were treated at Baptist Memorial Hospital-North Mississippi and later released with no major injuries,” he said.

Most of the weekend’s 45 arrests were alcohol related, which is typical for a football weekend. There were six DUI arrests, 15 people charged with public intoxication and five charged with being minors in possession of alcohol. The University Police Department charged seven people with public intoxication and three for being in possession of alcohol as a minor.